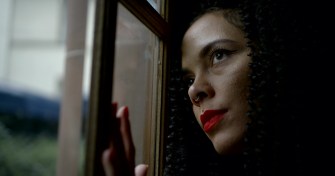 Nostalgia was originally thought of as a mental condition or disease, but is now known as a relatively positive emotion.

Photo by IAKIMCHUK IAROSLAV on Shutterstock

Nostalgia is a sentimentality for the past that is unique to each person, as it can be for a specific period in your life that you have positive associations with or it can be simply about the past in general.

Historically, nostalgia was thought of as a mental condition and had negative connotations to it. The term was originally coined in 1688 by Swiss medical student Johannes Hofer. The Greek words nostos (meaning homecoming) and algos (meaning pain or ache) gave meaning to the word we now know.

Nostalgia was originally thought of as a disease.

Something similar to nostalgia was described during the Thirty Years War when several soldiers were discharged from the Spanish Army of Flanders with “el mal de corazón,” which was actually deemed a disease that became heavily associated with soldiers who became vulnerable to attack when they heard a certain Swiss milking song (called Khue-Reyen).

Modern-day nostalgia is considered to be a relatively positive emotion. Some examples of nostalgia include:

Dr. Neel Burton explains it like this: “[Nostalgia is] a vehicle for traveling beyond the suffocating confines of time and space.” 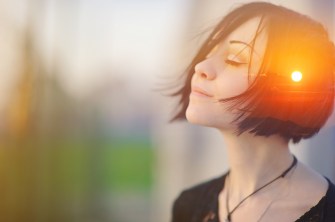 Nostalgia counteracts loneliness, increases our resilience and boosts creativity levels, according to research.

Photo by sun ok on Shutterstock

How nostalgia impacts the brain

Nostalgia is thought to play a critical role in physiological resilience. According to a 2015 study, neuroimaging has shown the involvement of the memory and reward pathways in the brain when we experience nostalgia. In this particular study, fMRI images of healthy females were used to investigate (and eventually prove) the direct link between memory-reward co-activation and nostalgia using childhood-related visual stimuli.

The nostalgia-related activity was shown in both memory and reward-systems, including the hippocampus, substantia nigra/ventral tegmental area (SN/VTA) and ventral striatum (VS). What this means is that there is a kind of cooperative activity between these systems that plays a very specific role in how we experience nostalgia.

Psychologists Xinyue Zhou and Ding-Guo Gao from Sun Yat-Sen University (along with Constantine Sedikides and Tim Wildschut from the University of Southampton) explored the relationship between loneliness and nostalgia by running a series of experiments where participants answered questions related to feelings of loneliness, social support, and nostalgia. The individuals in the study who felt the loneliest reported receiving the least amount of social support, however they were also the most nostalgic of the group.

Later, when nostalgia was induced in a number of the other participants, they perceived to have the greatest amount of social support. The results of these experiments show very real implications that nostalgia could potentially be used in cognitive therapy as a coping mechanism that individuals turn to when they are socially isolated or excluded.

Nostalgia is linked to resilience and perseverance.

Not only can nostalgia amplify perceptions of social support, which then counteracts feelings of loneliness, but it’s also been linked to being more resilient.

The subjects of the experiments varied in age and background, some being children and others being middle-aged factory workers. The factory workers were also assessed on their resilience (their ability to recover from a traumatic event) and people who reported a larger sense of nostalgia were also more resilient in life.

A 2015 study publishing in the Journal of Experimental Social Psychology also linked nostalgia to openness to experience new things and creativity.

The results showed those who were put into a nostalgic mindset before writing tended to be much more creative than those who wrote about an “ordinary experience.”

Tags
braincognitive scienceconsciousnesscreativitydepressionemotionsmental healthmindfulnessneurosciencepersonal growthpsychologyself
In this article
braincognitive scienceconsciousnesscreativitydepressionemotionsmental healthmindfulnessneurosciencepersonal growthpsychologyself
Related
Neuropsych
Psychology studies that go viral are likelier to be bogus
A new 20-year analysis of over 14,000 psychology studies finds that a study’s media coverage is negatively linked to its replicability.
The Learning Curve
Why do high IQ people stagnate in their careers? Emotional intelligence
Research suggests that emotional intelligence is more vital for success than IQ.
The Future
Space travel will radically change human psychology and spirituality
We are traveling in a realm that once exclusively belonged to the gods. Space travel will force humanity to rethink everything.
How to live after your soulmate has died
Astronomer Michelle Thaller explains the healing power of physics after losing her husband.
▸
7 min
—
with
Michelle Thaller
Neuropsych
Memory and the benefits of forgetting
Forgetfulness isn’t always a “glitch” in our memories; it can be a tool to help us make sense of the present and plan for the future.
Up Next
Neuropsych
Why the presumption of good faith can make our lives civil again
Taking time for thoughtful consideration has fallen out of fashion, writes Emily Chamlee-Wright. How can we restore good faith and good judgement to our increasingly polarized conversations?