“Try to pose for yourself this task: not to think of a polar bear, and you will see that the cursed thing will come to mind every minute.”

Chances are you’ve heard this game before in some form, maybe with a pink elephant instead of a polar bear. And though it’s just a game, the similar phenomenon of being unable to rid your mind of intrusive thoughts can pose serious dangers to mental health, and it’s a hallmark symptom of psychiatric disorders like post-traumatic stress disorder, anxiety, depression, and schizophrenia.

What’s going on in the brain when you’re trying to clear unwanted thoughts from your mind? 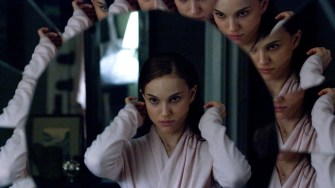 Scientists just got much closer to the answer, it seems. A study published in the journal Nature by researchers at the University of Cambridge details how people with higher concentrations of the amino acid neurotransmitter GABA in their brain’s hippocampal region tend to be better at blocking unwanted thoughts, images and memories.

“What’s exciting about this is that now we’re getting very specific,” said study coauthor Michael Anderson to BBC News. “Before, we could only say ‘this part of the brain acts on that part’, but now we can say which neurotransmitters are likely to be important.”

Results showed that GABA plays a key role in people’s ability to stop thought patterns. functioning as an inhibitory neurotransmitter, GABA effectively tells the cells it comes in contact with not to fire. Without it, nerve cells can fire too often and too easily. Caffeine inhibits the release of GABA in the brain, so one way to conceptualize what a GABA deficiency might feel like is to imagine that jittery, hyperactive feeling when you drink too much coffee.

The study could help improve treatments for rumination and associated psychiatric disorders.

“Most of the focus has been on improving functioning of the prefrontal cortex,” Anderson said to BBC News. “Our study suggests that if you could improve GABA activity within the hippocampus, this may help people to stop unwanted and intrusive thoughts.”

The polar bear game listed at the top of the article is similar to a mind game played 24-7 around the world, known simply as The Game. According to its website, there are only three rules to The Game:

"Theory of mind" enables all people to naturally infer other people's mental states. Psychopaths don't seem to put much effort into the process.
Mind & Brain

Objective reality exists, but what can you know about it that isn't subjective. According to some neuroscientists, not much.
Up Next
Hard Science

Wow. Reading Hawking's Ph.D. paper is like listening to Pink Floyd for decades and then suddenly finding out they had a different and even more groundbreaking debut album.