Has your sense of right and wrong changed over the years? Are there things that you see as acceptable today that you’d never dream of doing when you were younger? If you spend time around children, do you notice how starkly different their sense of morality is? How black and white, or egocentric, or oddly rational it can be?

These were questions that Lawrence Kohlberg asked, and his “stages of moral development” dominates a lot of moral psychology today.

Kohlberg was curious to see how and why children differed in their ethical judgements, and so he gave roughly 60 children, across a variety of ages, a series of moral dilemmas. They were all given open-ended questions to explain their answers in order to minimize the risk of leading them to a certain response.

For instance, one of the better-known dilemmas involved an old man called Heinz who needed an expensive drug for his dying wife. Heinz only managed to raise half the required money, which the pharmacists wouldn’t accept. Unable to afford it, he has only three options. What should he do?

(a) Not steal it because it’s breaking the law.

(b) Steal it, and go to jail for breaking the law.

(c) Steal it, but be let off a prison sentence.

What option would you choose? 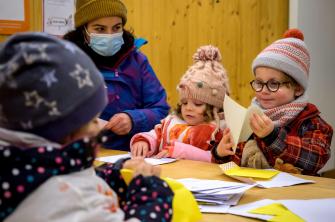 From the answers he got, Kohlberg identified three definite levels or stages of our moral development.

Pre-conventional stage. This is characterized by an ego-centric attitude that seeks pleasure and to prevent pain. The primary motivation is to avoid punishment or claim a reward. In this stage of moral development, “good” is defined as whatever is beneficial to oneself. “Bad” is the opposite. For instance, a young child might share their food with a younger sibling not from kindness or some altruistic impulse but because they know that they’ll be praised by their parents (or, perhaps, have their food taken away from them).

If you spend time around children, do you notice how starkly different their sense of morality is? How black and white, or egocentric, or oddly rational it can be?

Conventional stage. This stage reflects a growing sense of social belonging and hence a higher regard for others. Approval and praise are seen as rewards, and behavior is calibrated to please others, obey the law, and promote the good of the family/tribe/nation. In the conventional stage, a person comes to see themselves as part of a community and that their actions have consequences.

Consequently, this stage is much more rule-focused and comes along with a desire to be seen as good. Image, reputation, and prestige matter the most in motivating good behavior — we want to fit into our community.

Post-conventional stage. In this final stage, there is much more self-reflection and moral reasoning, which gives people the capacity to challenge authority. Committing to principles is considered more important than blindly obeying fixed laws. Importantly, a person comes to understand the difference between what is “legal” and what is “right.” Ideas such as justice and fairness start to mature. Laws or rules are no longer equated to morality but might be seen as imperfect manifestations of larger principles.

A lot of moral philosophy is only possible in the post-conventional stage. Theories like utilitarianism or Immanuel Kant’s duty-focused ethics ask us to consider what’s right or wrong in itself, not just because we get a reward or look good to others. Aristotle perhaps sums it up best when he wrote, “I have gained this from philosophy: that I do without being commanded what others do only from fear of the law.”

Kohlberg identified these stages as a developmental progression from early infancy all the way to adulthood, and they map almost perfectly onto Jean Piaget’s psychology of child development. For instance, the pre-conventional stage usually lasts from birth to roughly nine years old, the conventional occurs mainly during adolescence, and the post-conventional goes into adulthood.

What’s important to note, though, is that this is not a fatalistic timetable to which all humans adhere. Kohlberg thought, for instance, that some people never progress or mature. It’s quite possible, maybe, for someone to have no actual moral compass at all (which is sometimes associated with psychopathy).

More commonly, though, we all know people who are resolutely bound to the conventional stage, where they care only for their image or others’ judgment. Those who do not develop beyond this stage are usually stubbornly, even aggressively, strict in following the rules or the law. Prepubescent children can be positively authoritarian when it comes to obeying the rules of a board game, for instance.

So, what’s your answer to the Heinz dilemma? Where do you fall on Kohlberg’s moral development scale? Is he right to view it is a progressive, hierarchical maturing, where we have “better” and “worse” stages? Or could it be that as we grow older, we grow more immoral?

Psychologists are finding that moral code violations can leave an enduring mark — and may require new types of therapy.
Up Next
Neuropsych

Dunbar’s number is a popular estimate for the maximum size of social groups. But new research suggests that it’s a fictitious number based on flimsy data and bad theory.