It seems everyone wishes they had a better memory than they do. From simple herbs like ginkgo biloba to weird mnemonic systems — a friend of mine, for some unknowable reason, remembers my name with the phrase “Pig Car” — there are some out-there ideas out there. A new study from researchers at University of Waterloo (UW), however, says there’s an extremely effective and simple way to ensure you don’t forget something: Draw it.

The method may even be able to strengthen memory in the elderly who are facing the the effects of conditions such as dementia and Alzheimer’s. 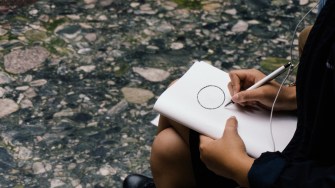 In the study, which was published in Experimental Aging and Research in the spring of 2017, researchers found that drawing was a more effective tool for retention than writing, re-writing, visualizations, and even looking at pictures. According to the study, led by cognitive neuroscientist Melissa E. Meade, you don’t have to actually be any good at drawing — cue the sigh of relief — it’s the the act itself that generates the benefit. “For example, drawing a picture of some groceries you need to pick up later or the meal you are planning to make will result in that information being remembered much better later on than if it were written,” Meade tells HuffPost.

Since drawing involves consideration of a thing from so many different angles — visual, spatial, semantic, and verbal — and also involves motor use, the brain stores a memory in more areas of the brain, thus solidifying it. 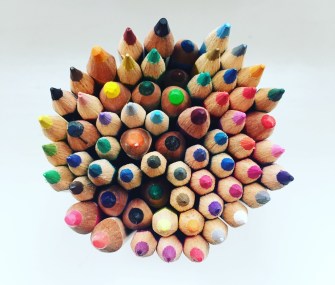 You must remember this. (Not really, it’s just a song)

Meade and her collaborators, Myra Fernandes and Jeffrey Wammes, asked 48 participants to test a few memory methods. Half of the people were UW undergraduates around 20 years in age, and the rest were volunteers around 80.

Both groups were presented a series of words and asked to write each one, write out its characteristics, or draw the word.

The subjects took a break and were then asked to list all of the words they could remember from the exercise. While the younger subjects remembered more words than the older participants, both groups exhibited a better memory for words they had drawn. 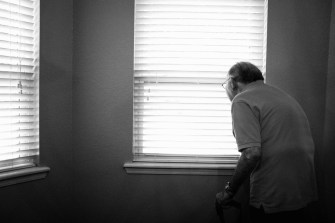 Good for anyone, great for the elderly

The experiment made clear that drawing is a great way to remember things, and it’s so easily done. “Drawing improves memory across a variety of tasks and populations, and the simplicity of the strategy means that it can be used in many settings,” Fernandes told Waterloo News.

In addition, the implications for the elderly are especially exciting. Also speaking with Waterloo News Meade says, “Our findings have exciting implications for therapeutic interventions to help dementia patients hold on to valuable episodic memories throughout the progression of their disease.”

The reason for this may be that, though mainstay memory areas in the brain such as the hippocampus and frontal lobes deteriorate with age, other areas, in particular the visuospatial regions, remain intact even in patients of advanced age, and in those with dementia. “We think that drawing is particularly relevant for people with dementia,” says Meade, “because it makes better use of brain regions that are still preserved, and could help people experiencing cognitive impairment with memory function.” She adds, “We’re really encouraged by these results and are looking into ways that it can be used to help people with dementia, who experience rapid declines in memory and language function.”

It’s time to let out your inner artist. Talent not required.

Music is often labelled a “universal language,” and according to the philosopher Arthur Schopenhauer, there is a good reason for that.
The Present

In hell, we assume a position of moral superiority, looking down over the sinners and the poor decisions that led them to this wretched place. In heaven, Dante is looking down upon us.
Health

Elevated blood pressure, even within the normal range, is associated with accelerated brain aging.
Up Next
Life

The culprit in millions of bat deaths since 2006? A ‘vampire’ fungus.

White-nose syndrome is nearly as lethal to bats as the Black Plague was for humans.