When I was growing up in the late 70s to early 80s, hitting and spanking children wasn’t so unusual. I was hit on several different occasions on the rump or the hand. We were also sent to our rooms. Later on, I remember time-out’s becoming the norm for young children, who I assumed at the time, had it easy.

Some studies have found that spanking makes children more aggressive later on, and increases the likelihood of behavioral and mental health disorders. It’s been about 30 years since time-outs have become the norm, which means experts are studying it and its effects more closely.

The strategy is seen as a way to avoid spanking whilst still ensuring the child engages in proper behavior moving forward. Most experts believe it’s a good method, if done right. A recent study however, conducted by researchers at Yale and Oregon Health & Science University, found that most parents undermine their own efforts.

Though as a country, parents lean heavily on time-outs, researchers discovered that 85% nullify its effectiveness, in ways such as: giving too many warnings before following through, talking to the child during the time-out period, offering the child toys or books, or failing to provide the exact amount of time it will last for. 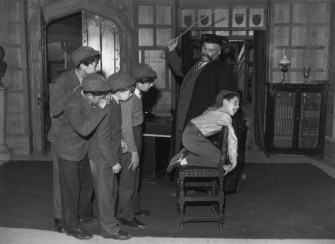 Pediatric psychologist Andrew Riley was the lead author of this study, published online in the journal Academic Pediatrics. He said, “The biggest mistake in my clinical experience is that parents do too much talking, and that was true in the study, too.” The time-out has to be boring to work.

401 parents and their children—between the ages of 15 months and 10 years old, participated in the study. Parents were observed interacting with and disciplining their children. The parents were also surveyed as to their thoughts on discipline and the proper reaction to good behavior.

To employ an effective time-out, make it start just after the offensive language or incident. To not reward the child with attention, be sure to withhold explanations until afterwards. Give a definite time frame it will last for. Don’t talk to them. They should remain silent, and disallow any toys or other things that might hold interest. Children need to be able to clearly understand the rules and the consequences of breaking them. In the study, requiring a child to be calm before ending a time out was positively correlated with perceived effectiveness. 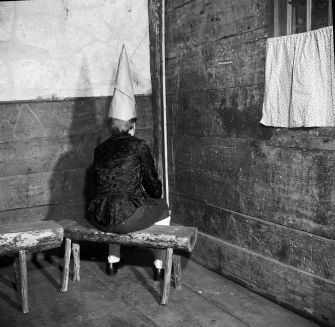 Time-outs should be for reflection on poor behavior, not shaming the child. Getty Images.

Also, they should get one warning. Bargaining or repeatedly warning them won’t work. Talking to them at this time can nullify efforts. Many times, children misbehave to seek attention. You don’t want to be inadvertently give them what they want, or you may be encouraging bad behavior.

Ignore them when they’re in time-out. But also, reinforce good behavior during a time-in. This can include a pat on the back, a hug, high fives, smiles, and praise. If attention’s their goal, it should persuade them to abandon misbehavior.

In some cases, parents may just be too nice, undermining their own authority. Always be the parent not their friend, a hard but important line to maintain. Another issue, sometimes parents put the child in time-out when they themselves are angry.

If you yell at the child and they become upset, the focus of the time-out is lost. They’re supposed to be reflecting on their own behavior, not why mom or dad is so angry, or mean. Consistency and being in control of your own emotions are crucial in administering proper discipline.

This study had limitations. For instance, it only focused on one particular community in an urban setting. We still have no idea how effective the method is in other places across the country. And few but some vocal experts, take umbrage with time-outs entirely, though most support it. Other pointers, “for preschool-aged children, two minutes is generally sufficient and as little as 30 seconds may be sufficient for toddlers. Generally, significantly longer durations will not improve effectiveness,” write the study authors. The common prescription of 1 minute in TO per year of life is also fine.

Don’t use a special chair to punish the child, or else you may shame them. And note that by age six or seven, a time-out may no longer be effective. The child may spend their time plotting revenge, rather than focusing on their own behavior. At this point, taking away privileges is perhaps more effective.

A textbook pregnancy consists of three trimesters. The baby develops at a relatively predictable rate during this time, from pomegranate seed to avocado to watermelon. And mom’s body adapts accordingly […]
Thinking

What’s the difference between brainwashing and rehabilitation?
Health

The answer seems to be a series of evolutionary trade-offs that help protect organs in women, according to a recent study.
The Present

And is anyone protecting children’s data?
Health

New research from the University of Granada found that stress could help determine sex.
Up Next
Culture & Religion

The Next International Science Megaproject

Between 1990 and 2003, the world saw the completion of one of the biggest international scientific collaborations that led to the creation of the The Human Genome Project. Now, another […]