Researchers at the University of Koblenz-Landau, the University of North Carolina Chapel Hill, and the Wharton School of Business have found that people are more likely to get respect from others in moral and political conversations when sharing personal experiences instead of facts. The research group conducted 15 separate experiments to test this theory and to learn more about tolerance in specifically political arguments. 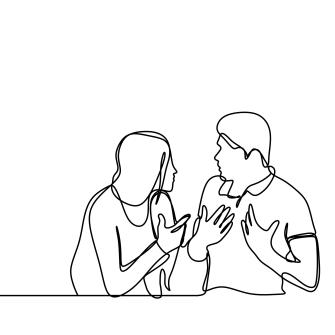 Do personal anecdotes mean more than facts in a world where facts can’t be trusted?Image by ngupakarti on Adobe Stock

According to the study, both liberals and conservatives believe that using facts in a political discussion will help foster mutual respect and understanding — however, all fifteen of these experiments (across multiple methodologies and issues) show that isn’t quite true.

These studies were conducted using topics that have proved quite polarizing in the past, such as:

“What would make you respect their opinion on the subject”?

In the first study (n = 251), participants were asked to “imagine someone disagrees with you on moral issues” (abortion, for example). They were then asked, “What would make you respect their opinion on the subject”?

“When discussing political beliefs, who is more rational?”

A separate study from this experiment (study number four, n = 177) had participants weighing in on topics such as taxes, coal, and gun policies. They then were asked to read about individuals who disagreed with them on these subjects either due to personal experiences or factual knowledge. Participants in this study rated how rational their opponent seemed, and those who based their arguments on personal experience were perceived as more rational than those basing their opinions on factual knowledge.

How does this translate to real-world conversations?

This section of the experiment had 153 participants engaging in conversations on the street (with people they assumed were passersby but were actually members of the research team) about the topic of gun control. Analyses of these conversations revealed that strangers who based their stance on personal experiences were treated as more rational (and were more respected/interacted with more) by participants than those who based their stance on facts.

Confirming the theory that even when facts are true, personal experiences garner more respect and willingness to engage in conversation.

This experiment (n = 194) sought to reaffirm the theory that personal experiences garnered more respect while ruling out possible alternative explanations. The researchers contrasted concrete facts about gun control (taken from JustFacts.com) with personal experiences. For example, someone reading an annual report that mentions 73 percent of murders in the United States are committed with firearms (factual knowledge) versus “someone’s young daughter was hit by a stray bullet” (experience-driven argument).

Facts, even when proven true, are often less respected than personal experiences.

When imagining these different kinds of arguments, everyday Americans believe that supporting their belief with facts will lead to respect. However, the effectiveness of facts (even when proven correct) is unclear. The problem is, in the past decades, American has seen a decentralization of news and information that has allowed people to gather their “own facts.” Facts themselves are now subject to doubt, especially surrounding controversial and polarizing topics.

Tags
communityCurrent Eventsdebateemotionsgeopoliticsglobal issuesgunshealthhealth caremedianewsprotestspsychologyThe Presentthinkingunited states
In this article
communityCurrent Eventsdebateemotionsgeopoliticsglobal issuesgunshealthhealth caremedianewsprotestspsychologyThe Presentthinkingunited states
Related
Thinking
Why you should laugh at yourself, according to Seneca and Nietzsche
“It is more human to laugh at life than to lament it.”
Sponsored
4 misleading personal finance tips
Personal finance advice is often over-simplified and fails to consider economic research or people’s unique circumstances.
Strange Maps
Europe’s stunning digital divide, in one map
Some Europeans really don’t want to use the internet.
Thinking
Bonhoeffer’s “theory of stupidity”: We have more to fear from stupid people than evil ones
Evil is easy to identify and fight against; not so with stupidity.
Health
What decades of research tells us about living the good life
Warm relationships protect your mind and body from the slings and arrows of life.
Up Next
Thinking
On acceptance: Clichés vs. viscosity
Should we all be “taking life as it comes”?