We live in interesting times, an age where more — it certainly seems — is expected from comedians, in terms of what they say, than politicians. That goes for both Republicans and Democrats. Perhaps it’s because, as Shakespeare said, there’s truth in jest. And sadly, we already expect those in office to lie to us. Or perhaps the world has just gone topsy-turvy.

Nevertheless, as we consider vexing things uttered, let us examine the ascension, and quick fade-out, of Kevin Hart as host of the 2019 Oscars ceremony.

On December 4, 2018, headlines swirled around the world that the starry-eyed actor would host the 91st Academy Awards. However, less than 48 hours from accepting the honor, Hart stepped down as emcee after critics argued several of his past tweets were offensive to LGBT individuals. Many of the posts were dated (they’ve since been deleted) from 2011, 2010, and 2009 — 10 years ago.

In context, Hart was 29, Twitter was less than 3, and President Obama had not yet announced his support for same-sex marriage (that happened in May of 2012). Could Hart, as a “funny truth-teller,” have meant what he said, and said what he meant, in those disparaging tweets against gay men? Yes. Could his sentiments have changed since then? According to recent research, also yes. 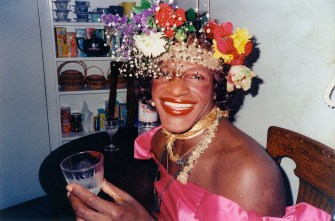 New data suggests that assuming someone thinks the way they did a decade ago could be as unfair as expecting them to look the way they did 10 years prior. Why? Because people are liable to change — not just physically, but mentally as well. In one 2016 study, for instance, researchers at the University of California, Santa Barbara, reported that its participants were not only capable of multiple simultaneous changes, but were able of change in a myriad of ways, too. Not over the course of years either — in just six weeks.

The results of the study, which were published in Frontiers in Human Neuroscience, suggest that significant transformations are possible for people across the board, including Kevin Hart, when mediations are set in place. Indeed, participants in the study — aka “intervention” — demonstrated dramatic improvements in more than a dozen outcomes, including their working memory, mood, reading comprehension, self-esteem, mindfulness, and even physical endurance and flexibility. We’re quite malleable, it seems, under the right circumstances.

As Science Daily reported, in regard to the researchers’ findings, we may be “seriously” underestimating our ability to change our lives for the better. People’s understandings — that is, if the information they consume is credible — does grow over time. With this, their opinions are liable to change, as a result. Though, in certain climates, opinions may also become reinforced. 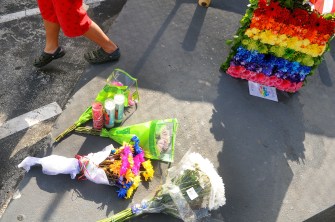 Nevertheless, and in tangent to the 2016 UC study, changing a person’s opinions through argument is still an elusive and difficult feat — to such an extent that bulletproof facts may not even sway stalwart minds. Why? Because beliefs are largely emotion-based. However, the data from another 2016 study, this one conducted by researchers at Cornell University, suggests that people can change their perspective on an issue not just when exposed to new experiences that directly challenge the integrity of their prior beliefs, but also when they are presented an opposing viewpoint using calm language, specific examples, and phrasing that allows for exceptions, such as, “It could be the case that gay people are humans too and just want to be loved.”

Much has changed in terms of LGBT visibility and rights since 2009. Perhaps more in the last 10 years alone than any other decade in the last century because of social media. If society, which is itself made up of individuals, can progress so much in this timeframe, it could be the case that Hart “evolved” right along with it. His recent apologies and his reported refusal to tell gay jokes, as of 2015, seem to support that.

All of this said, comedians in the modern day — it is quite clear — aren’t above reproach from the court of public opinion. In 2018, for instance, Roseanne Barr’s eponymous character was killed off her own rebooted show immediately after the actor posted a tweet likening Valerie Jarrett, a former Obama advisor, to both the Muslim Brotherhood and an ape. However, a direct comparison between Barr’s tweets and Hart’s falls short in that the latter could have, indeed, changed his views over the past decade, as Ellen DeGeneres alluded to on Friday, January 4, when she said, if Hart recommits to hosting the star-studded event, that spectators would see him “growing as a person.”

Growth mindsets should be an attitude we esteem — they build up, as opposed to corrode. Since we have all posted stupid things on social media — that is to say, posted material that may have offended others — Kevin Hart hosting this year’s Academy Awards ceremony could be a message of redemption for millions of people, who have, themselves, “evolved” over the past decade. In this way, it could be a “carrot” to further promote and strengthen gay alliances.

Nikolaas Tinbergen’s concept of “supernormal stimulus” explains why humans are attracted to a heightened version of reality.
Surprising Science

Reality is more distorted than we think.
▸
with
Big Think
Thinking

A 2020 study has revived a longstanding controversy over Christopher Columbus’ claims of marauding cannibals in the Caribbean.
Up Next
Hard Science

What we can learn from Ultima Thule

From 4 billion miles away, it says a lot about the meaning of time.