The Camba might not fare well in an East Village bar, but at home in Bolivia they would shame any fraternity brother with their copious drinking. From Saturday until Monday morning, moonshine-level rum — it measured 180 proof in a New Haven laboratory — is drunk by a dozen, sometimes 80 villagers in boisterous gatherings.

For 36 hours a week, the entire town goes off the rails. You can only imagine the sexual violence, the fights, the petty arguments.

Except for the fact that they really don’t and none of those things happen.

In his new book, Talking to Strangers, Malcolm Gladwell uses the infamous Brock Turner incident as a case study in alcoholism and behavior. A brief recap: Turner, drunk, meets the anonymously-named Emily Doe, also drunk (and also, since the publication of Gladwell’s book, no longer anonymous). They dance, they walk, they stumble, he sexually assaults the unconscious undergrad, then later blames the alcohol.

During the hearings, in fact, alcohol seemed to be the culprit of everything that went wrong, from Chanel Miller’s blackout (it was the culprit) to Turner’s masculine aggression (it wasn’t). Alcohol is often invoked as the true villain in such circumstances, the insidious agent causing mayhem inside the mind of the attacker. Remove alcohol from the situation and a saint appears — or so the argument goes.

Is that really the case? It’s true that alcohol changes you — literally. Your conception of “self” is transformed. After saying hello to your frontal lobes, the brain region that governs, among other things, motivation and attention, alcohol moseys over to the amygdala, the switchboard operator of your fight-flight-freeze mechanism. Turning it down a notch, you become disinhibited; the very conception of “I” must be reconsidered.

Eventually, inevitably, alcohol — too much of it, anyway — seeps into your cerebellum. Balance and coordination are coopted. Finally, if you keep drinking, alcohol makes a final visit to your hippocampus, the brain region responsible for memories. Once you hit .08, your hippocampi (they’re a pair) struggle to keep up. A bit more and your brain will never imprint the experience. “You,” no longer in any sense the you you recognize, are no longer checked in.

The alcohol transformed two undergrads, as it does every weekend (and some weeknights) on campuses across the country. What about the other factor, one we always seem to negate: the environment?

Gladwell points to coupling: specific environments promote certain behaviors. Sylvia Plath is one example. Had she lived 10 years later, the young writer might not have stuck her head into an oven. Carbon monoxide levels in the town gas in London were extremely high; the gas being pumped through city pipes was deadly. It set the stage for numerous suicides. When the nation switched to a less toxic gas, the suicide rate dropped.

Plath might have found another means for taking her own life, yet the data suggest she might not have. She was coupled to the specific availability of a gas that made death easy, with little mess (women consider the visual effects of their death much more than men). Her environment allowed for an out. Her suicide was coupled to town gas.

Applying the concept of coupling in the context of a drug is not new. Timothy Leary’s famous “set and setting” instructions to psychedelics users taught that the ingestion of LSD, psilocybin, mescaline, and so on depends not only on the substance, but the environment as well. You’re going to trip much differently in a dark room with music blaring than you would on a mountaintop, or, heaven forbid, in the back of a police car. 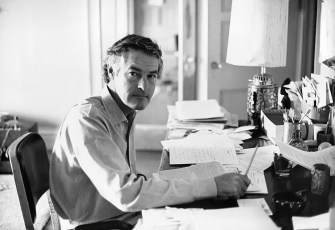 Timothy Leary photographed at his home circa 1966 in Millbrook, New York.

Part of the reason the Camba don’t assault one another while drunk is because they live in a small town at the edge of the Amazon basin. You’re not going to fight or rape someone you see every day, regardless of how blacked out you are. Yet the Camba also don’t black out. They nap when they hit a limit, immediately returning to the festivities once awake.

They also, importantly, only drink from Saturday evening until Monday morning. Their weekday abstinence has an impact: the partying is part of the cultural ethos, a communal ritual.

Americans have different rituals — or, really, a lack of rituals, only habits, many of them poor. On a large college campus, you likely won’t need to remember the girl you pick up, opening the door to a completely different experience, one the culture has condoned for some time (but is fortunately changing).

Alcohol, Gladwell writes, creates a sense of myopia: our emotional and mental fields narrow. If sad, we’re more likely to cry; if angered, that plays out. He continues,

“Drinking puts you at the mercy of your environment. It crowds out everything except the most immediate experiences.”

That environment is, as in all human societies, created. The one Brock Turner tuned into was one of privileged men that take what they want when they want it. He didn’t need to be conscious during the act because such a mindset had been bred into him. In that sense, he wasn’t transformed as much as emboldened.

If you don’t — Brock Turner, Sandra Bland, Jerry Sandusky, Gladwell’s book is filled with examples of humans in environments that were not conducive to compassion. It’s not only genes or upbringing that impacts actions; it’s the environment we’re in. When we take care of what’s around us, we take care of ourselves. We can hope to learn that lesson soon.

Tags
communicationdecision makingidentityneurosciencetrustviolence
In this article
communicationdecision makingidentityneurosciencetrustviolence
Related
Neuropsych
Inside the brains of aging dogs
In a citizen science project, thousands of pet dogs are helping scientists to understand what happens to memory and cognition in old age.
The Well
Can we condition ourselves to be heroes?
Neuroscientist Robert Sapolsky on the science of temptation, and the limitations of your brain’s frontal cortex.
▸
6 min
—
with
Robert M Sapolsky
The Future
How a device transmits radio waves with almost no power
Apart from the energy needed to flip the switch, no other energy is needed to transmit the information.
Neuropsych
Memory and the benefits of forgetting
Forgetfulness isn’t always a “glitch” in our memories; it can be a tool to help us make sense of the present and plan for the future.
Neuropsych
Asthma drug brings back “lost” memories
In a study involving mice, scientists used two different techniques — one optogenetic and one pharmacologic — to recover “lost” memories.
Up Next
Health
Sign of the times: Can hugging machines solve the touch crisis?
As the American loneliness epidemic reaches alarming new heights, one artist theorizes on what connection might look like in the future.