Attention deficit hyperactivity disorder (ADHD) has long been a controversial topic. While the term “mental restlessness” dates back to 1798, English pediatrician George Still described the disorder in front of the Royal College of Physicians of London in 1902. The condition is attributed to both nature and nurture, with a recent study suggesting the disorder is 75 percent genetic.

According to DSM-IV criteria, ADHD affects five to seven percent of children; but according to ICD-10, only between one and two percent are afflicted. Global estimates state that nearly 85 million people suffer from ADHD, which, like autism, exists on a spectrum.

Treatment is perhaps the most contentious issue. While a holistic approach includes counseling, lifestyle changes, and medication, due to insurance requirements and other factors, many children only receive the latter. And now a new systematic scoping review published in the journal JAMA Network Open that investigated 334 studies conducted between 1979 and 2020 found that ADHD is being both overdiagnosed and overtreated in children and adolescents.

ADHD: An epidemic of overdiagnosis

Researchers from the University of Sydney and the Institute for Evidence-Based Healthcare in Australia initially retrieved 12,267 relevant studies before using a set of criteria that whittled the list down to 334. Only five studies critically investigated the costs and benefits of treating milder cases of ADHD, prompting the team to focus on knowledge gaps in side effects.

The team writes that public scrutiny has increased along with the increase in diagnoses. The numbers are startling: between 1997 and 2016, the number of children reported to be suffering from ADHD doubled. While the symptoms of ADHD include fidgeting, inattention, and impulsivity, Dr. Stephen Hinshaw compared this disorder to depression, as neither condition has “unequivocal biological markers.” He continues, “It’s probably not a true epidemic of ADHD. It might be an epidemic of diagnosing it.”

The Australian researchers write that ambiguous or mild symptoms might contribute to diagnostic inflation and the subsequent rise in the prevalence of ADHD. They compare this to cancer, a field that has established protocols for overdiagnosis. ADHD is still understudied in this regard. 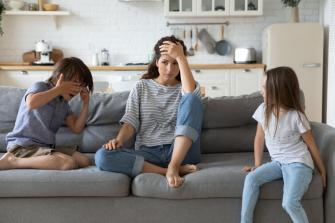 This has contributed to an increase in potential harm, not just to children’s health (such as the long-term pharmacological impact on developing brains) but to parents’ finances. As of 2018, ADHD is a $16.4 billion global industry, with continued revenue growth predicted — ensured by future ADHD diagnoses.

The costs and benefits of ADHD treatment are mixed. The authors write:

“We found evidence of benefits for academic outcomes, injuries, hospital admissions, criminal behavior, and quality of life. In addition, harmful outcomes were evident for heart rate and cardiovascular events, growth and weight, risk for psychosis and tics, and stimulant misuse or poisoning.”

For most of these studies, the benefits outweighed the risks in children suffering from more severe ADHD. But this is not true for children with milder symptoms.

Across the studies, the team noticed that four themes emerged. The first two were positive, and the second two were negative:

The unfortunate reality is that ADHD is a real condition that should be treated in some children. But for many, the harm of treatment outweighs the benefits.

OCD and addiction may result in part from improper “reward” pathways in the brain. Ultrasound can disrupt those pathways.
Up Next
Digital Fluency

What is cryptocurrency’s role in the future of money?

Cryptocurrencies are digital currencies that use online ledgers, called blockchains, to record transactions. These blockchains are decentralized, meaning the permanent record is not stored in one location but exists on […]