How fast does death travel on a cellular level?

The speed of death isn't as instantaneous as you may think. 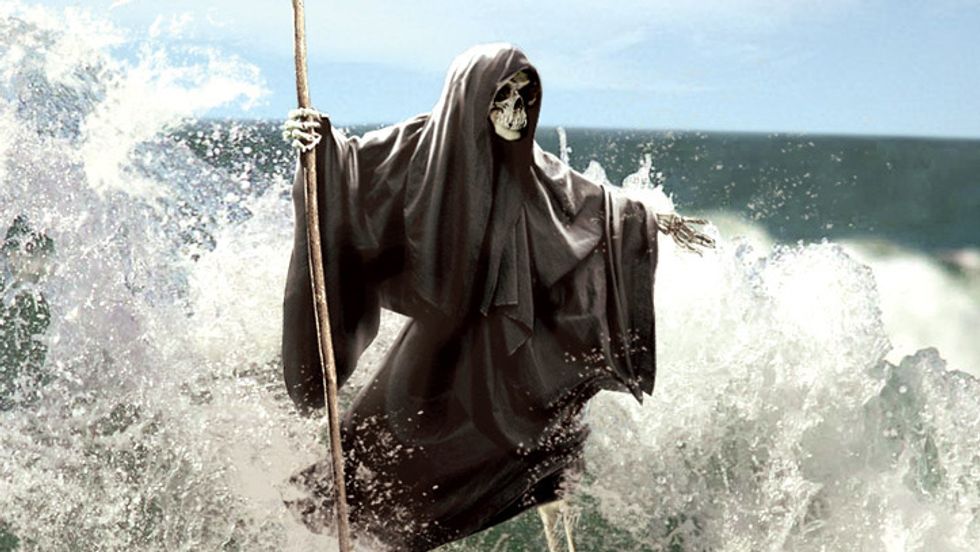 Death! It happens to all of us. To some of us, it happens more than once. And scientists at Stanford University have now been able to figure out just how fast it happens on a cellular level.

In order to study this, researchers took cytoplasm from frog eggs and placed it in a tube. The cytoplasm was picked as its full of proteins, which were visible as bright green globs. The researchers then placed an extract from a cell that had recently undergone programmed cell death at the far end of the tube and measured how quickly it spread. The cells basically self-destructed, started by a "trigger wave" which then spread at roughly at 2mm an hour or 30 micro-centimeters a minute.

As death spread, the green globs died out. Interestingly, according to New Scientist, the self-destruction part occurred much faster than the extract itself moved.

Programmed cell death is a little bit more complex than what you might think of as "instant death", i.e. thinking of life like a light-switch, and it happens way more often than you might think. Look at your hands and you're actually looking at the result of programmed cell death that happened long ago in the womb. Towards the end of the first trimester, the cells that hold the hand together separate—otherwise, we'd be web-handed. It can also occur in cancer.