Millions of Muslims March Against ISIL

Millions of Muslims marched to Karbala, Iraq even after suicide bombing and continued threats by ISIL. The Arbaeen pilgrimage continues to be a show of religious freedom. 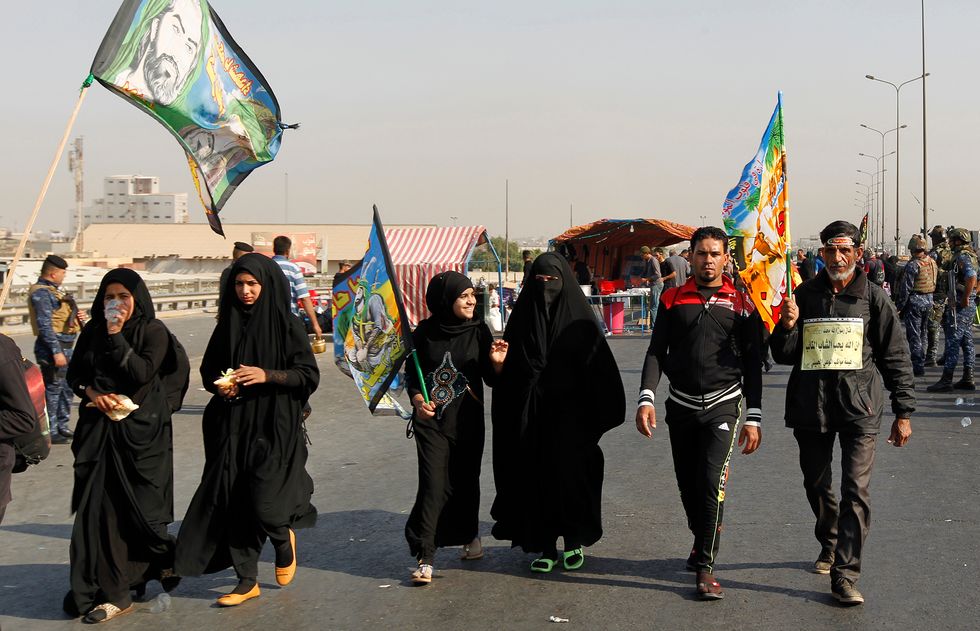 While many in America were gathering around the table with family to give thanks this November, many in Iraq were making the pilgrimage to Karbala to mark Arbaeen. Under threat of ISIL attacks, millions of Shia Muslims continue to make the peaceful journey to mark the death of Imam Hussein, the grandson of the Prophet Muhammed, in 680 AD during a battle.

This event is considered to be a defining moment, which formed the schism between Sunni and Shia Muslims. ISIL considers Shia Muslims apostates. They have claimed responsibility for a suicide bombing which killed six people near Karbala at the start of the festival on Monday, November 14. But this act did not deter the masses making their way to Karbala.

The people who marched to mourn the death of Imam Hussein continued to do so peacefully, standing against ISIL in this powerful gesture made by millions of Muslims.

Year over year, the gathering in Karbala during Arbaeen continues to grow. In 2014 estimates range from 20 to 22 million and in 2015 the transit department says the number of people at the event could have been as high as 26 million. This event is not to be confused with the Muslim Hajj, the pilgrimage to Mecca.

“In fact, Arbaeen should be listed in the Guinness Book of World Records in several categories: biggest annual gathering, longest continuous dining table, largest number of people fed for free, largest group of volunteers serving a single event, all under the imminent threat of suicide bombings,” Faith leader and lecturer Sayed Mahdi al-Modarresi wrote for The Huffington Post back in 2014.

“I think the reason the mainstream media hasn’t covered the [march] is because I don’t think it's juicy enough to sell papers,” Mohammed Al-Sharifi, a volunteer at last year’s event, told the Independent in 2015. “It's simply not interesting enough."

"Unfortunately [some] media outlets have gone for stories that to some extent can be divisive. If a group of Muslims do something good, it's not mentioned or the religion is not mentioned. But if someone does something [negative], it is on the front page and their religion is mentioned."

Given the level of anti-muslim rhetoric during the presidential campaign, we might have expected it to be a larger part of the news cycle. Arbaeen has such a deep and profound political dimensions. Under Saddam Hussein’s reign for 30 years, this festival was forbidden in Iraq. After the 2003 invasion, the march held new meaning. It served as a way to mourn the Imam and celebrate the Shias' new religious freedom. Even before the war, many would make the pilgrimage in secret.

This month ISIL tried to stamp out the celebration, threatening this show of religious freedom. But millions of Shia Muslims defied this terrorist organization and walked in peace towards Karbala in a show of defiance and commitment to their faith.