Between your ears lies a miracle of nature, with more connections than our galaxy has stars. In the past, the idea of mapping the connectome—or the interconnected neuronal pathways of the brain (the white matter), was thought impossible. Now, a group of scientists are planning to do just that. How? They plan on using an oncoming supercomputer with tremendous power. Should they be successful, it could stand as one of the greatest achievements in the history of science. And that’s just one of the project’s scientists at Argonne National Laboratory are planning, with Aurora 21 (A21).

Intel, IBM, and other tech giants are currently working together to create this mind-blowing supercomputer that’ll run a quintillion operations simultaneously. This will be the first exascale supercomputer in the US. It’s set to go live in 2021. Originally, the US Department of Energy (DOE) reported a 2023 unveiling. But when China announced it was to have its own (exascale supercomputer) by 2020, the DOE stepped up its schedule. Those involved with the project say it’s humming along and should be completed on time.

A21 will have a computing power of 1 exaflop. The US, Japan, and China have been in something of a supercomputer arms race. For now, China has the top model, the Sunway TaihuLight in Wuxi. It runs at 200 million billion petaflops. Aurora 21 will surpass this. It’s currently being built at Argonne National Laboratory in Lemont, Illinois.

According to Science Magazine, “IBM and its partner NVIDIA, the makers of Summit, have focused on marrying central processing units (CPUs) with graphical processing units, which are faster and more efficient for calculations involved in complex visual simulations. Intel and Cray, meanwhile, have long aimed to increase the number of CPU ‘cores’ operating in parallel and creating fast links between them.” 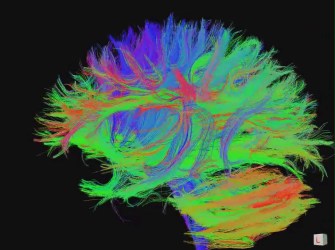 A21 is expected to cost hundreds of millions of dollars. It’ll take up a quarter acre of land, require thousands of miles of wires, and is expected to consume enough power to light a midsize city. Experts say either China or Japan is likely to develop the world’s first exascale supercomputer, but that A21 will make sure the US keeps up with its closest competitors.

There are lots of projects on the docket already, besides mapping the connectome. Others projects include understanding how gases flow during combustion, how galaxies form, and how plasma reacts in a fusion reactor. A21 will also forecast the weather and predict how new medicines might react inside the body. In sum total, it’ll be a huge windfall for physics and science in general.

Neuroscientist Bobby Kasthuri will be a part of this connectome project, some 100 million neurons altogether, approximately. It would do so by piecing together millions of 2-dimensional images to make a 3-dimensional picture of the brain’s white matter. Kasthuri and colleagues plan on mapping a number of different brains, not just one.

They don’t know how much one will vary from the next and they’re excited to see the differences among age groups. Researchers believe the results will give us greater insights into human psychology, thinking, learning, and behavior, and help us better understand all sorts of conditions, such as autism and schizophrenia.

To hear the announcement by the DOE of the creation of this supercomputer, click here:

The real risks of psychedelics, explained by a Johns Hopkins expert.
▸
5 min
—
with
Matthew W. Johnson
Up Next
Mind & Brain

Scientists figure out why so many people believe in conspiracy theories.