Remember that scene in The Matrix where Neo, Keanu Reeves’s character, is sitting in what looks like a dentist’s chair, with his brain hooked up to the ship’s computer. His eyes flutter beneath closed eyelids due to super-fast learning. Suddenly he opens his eyes, looks over at Morpheus and says, “I know kung fu.” His mentor replies “show me.”

In the next scene, Neo and Morpheus enter a training program modeled after the matrix itself, and we find out that not only does Neo suddenly know the martial art, he’s a master. What ensues is arguably one of the greatest martial arts scenes in sci-fi history.

Could we someday have technology like this, to help us learn in a flash? That depends on what you mean. We don’t have anything computer-wise that can mimic the human brain. Heck, we don’t even know all the aspects of the brain, quite yet. There’s a lot we don’t know about it.

We do know that the brain and computers operate completely differently and focus on different things. It’s hard for humans to remember names for instance or long strings of numbers, both easily performed by computers. On the other hand, when you ask a computer how a sonnet makes it feel, you’ll be in want for a satisfying answer.

So, instead of downloading skills and information straight into the brain, which futurist Ray Kurzweil and others believe will someday be possible, a branch of the US Department of Defense (DoD), known as DARPA (Defense Advanced Research Projects Agency), is trying a different approach, which some might argue is every bit as bizarre.

We think of the brain as the center for learning. But there’s a whole network, the peripheral nervous system (PNS), which might also be involved. The PNS connects the other parts of the body, such as the organs, muscles, and skin, to the central nervous system (CMS) via the spinal cord. It also regulates a lot of bodily functions, including aspects of movement, sensation, and even digestion. 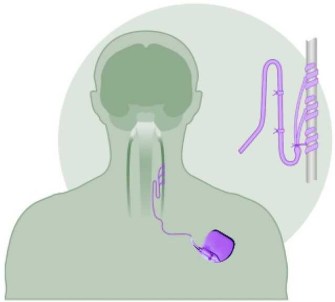 Electrical stimulation of the PNS is already being used to treat depression and epilepsy. Getty Images.

Some studies have shown that stimulating the PNS can help ease pain and promote healing. Today, experts hook robotic prosthetics up to the PNS, in order to allow patients to control them with their thoughts. They can also restore the touch sensation. Now, DARPA officials are looking into a system which would deliver mild electric shocks to a specific nerve in order to facilitate learning. The program is called Targeted Neuroplasticity Training (TNT).

How it works is, electrical impulses are delivered to a peripheral nerve or nerves, in order to promote the growth of neuronal connections inside the brain. The goal would be to find out how to deliver optimal stimulation in order to facilitate learning.

Previous studies have shown that peripheral nerve stimulation through the skin is painless, yet can activate brain regions associated with learning. DARPA researchers are hoping that a non-invasive method will not only accelerate training and improve performance, but would cause fewer side effects than caffeine or pharmaceutical-based options. 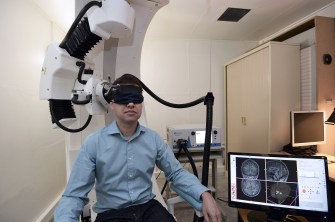 DARPA officials believe that properly placed electrical impulses can trigger the release of certain neurochemicals responsible for reorganizing the brain in response to new experiences. Basically, they’d be taking a neurological process and goosing it, to make those connections stronger in less time. Some studies have shown that electrical stimulation can improve verbal memory and cognition.

Over $50 million will be doled out to eight teams who would develop a technological platform to enhance learning, and so reduce the cost and time needed to provide training to experts in the DoD. Areas of application include training intelligence analysts, cryptographers, and language specialists, among others. Doug Weber is TNT’s program manager, himself a bioengineer.

He toldIEEE Spectrum, “Foreign language training is one of our primary application areas because it’s very time intensive.” Weber said he expects the platform to deliver a 30% improvement rate in learning over a four year period.

In a press release Weber said: 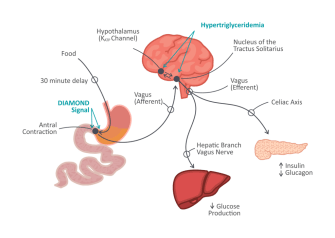 Parts of the vagus nerve. By HDThink (Own work) [CC BY-SA 4.0] via Wikimedia Commons.

Animal and human experiments are planned. Currently, Johns Hopkins researchers are looking into how neuro-stimulation might affect language learning. Biomedical engineering professor Xiaoqin Wang is one of them. He says he’ll begin human trials in just a few months.

Dr. Wang will be looking at stimulating the vagus nerve and what effect it has on learning words. This is one of the longest nerves in the human body, running from the head all the way to the gut, and connecting many organs and tissues along the way. Stimulation of this nerve has been proven in previous studies to help fight depression and treat epilepsy.

Neuroscientist Jennifer L. Bizon is on the UF team. She told Science Alert, “We are going to do the systematic science to understand how this stimulation actually drives brain circuits and, ultimately, how to maximize the use of this approach to enhance cognition.”

Transcranial direct stimulation is similar to the approach being studied here. This is where electricity is delivered directly to the brain through the skull.

There is sound in space, thanks to gravitational waves

Merging black holes are one class of objects that creates gravitational waves of certain frequencies and amplitudes. Thanks to detectors like LIGO, we can ‘hear’ these sounds as they occur. […]