Want to be more productive? Most jobs nowadays require us to focus for long periods of time. The trouble is, we think our ability to concentrate is unlimited. Truth be told, the human mind wasn’t meant to be hyper-focused for terribly long periods of time. So how can we hack our brain to squeeze out the most concentration out of it? Research by the Draugiem Group—a US-Latvian IT company, proves useful.

Their study finds that the brain can focus for only about 52 minutes at a clip. That means if you work at a task that requires a high level of concentration for 52 minutes, a break is necessary in order for you to continue to give it your best effort. Best case scenario, your break should be taken away from the computer. You can take a little walk, chitchat with a coworker—about something other than work, or do a little stretching or some light exercise. Scrolling through social media or checking your inbox doesn’t count. The brain doesn’t consider these a legitimate break.

Many see long hours in extended stretches of concentration as the hallmark of a good worker. But that may only be putting on airs, done in an effort to portray a dedication that cannot be denied. This investment of energy in optics dulls productivity in the long run. Trying to push through instead of taking strategic breaks makes you less productive, a body of research claims. Master chess players, professional musicians, and world class athletes all know the power of using breaks effectively.

The Iditarod dog sled race covers 1,100 miles of Arctic ice and takes more than a week. The standard strategy for mushers had been to run twelve hours at a stretch, then rest for twelve. That all changed because of Susan Butcher, a veterinarian’s assistant keenly aware of the biological limits of her dogs. She trained them to run in four-to-six hour spurts, and then rest for the same length of time, racing at that rhythm both night and day. She and her dogs won the race four times. 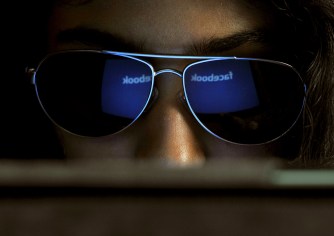 Many other studies back up the strategic break hypothesis. A 1999 Cornell University study for instance, found that when workers were reminded to take breaks periodically, they were actually 13% more accurate in their tasks. In fact, some countries are stepping in legislatively. South Korea, which has some of the most hours worked in the world, ironically has a low productivity rate. As a result, the government recently instituted a country-wide 52 hour work week, down from 68.

So how did the Draugiem Group come to land on 52 minutes? Researchers recorded worker productivity through employee computers, using an app called DeskTime. They found that the top 10% most productive workers followed a specific pattern. When they were on, they were hyper-focused for 52 minutes. Then, they took a 17 minute break, where they stepped completely away from such tasks.

Researchers say this is similar to the Pomodoro method, which is where you choose a task to engage in, one and only one (no multitasking). After setting a timer for 25 minutes, you work on the task until the alarm goes off and then take a five minute break. After four consecutive periods like this, you take a 15 minute break. 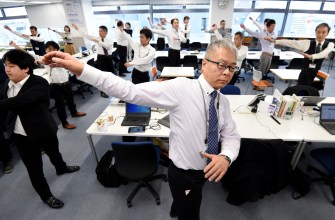 Some light exercise or interacting with coworkers can help increase your productivity. Credit: Getty Images.

Consider that when you aren’t doing anything, even just staring off into space, your brain is still at work, conducting operations that can help you. When we aren’t focusing our mind, a certain neural circuit called the default mode network (DMN) kicks into gear. You think you’re doing nothing, while in actuality, this neural circuit takes up 20% of the body’s total energy.

Once engaged, the DMN works to connect the past, present, and future in unique ways, retrieves old memories and data, and even injects some self-awareness into your fuzzy state. As a result, sometimes when we’re unfocused, a “Eureka!” moment or a burst of creative creativity can strike. Some experts even suggest trying to purposely enter this state.

One technique is called positive constructive daydreaming (PCD). This is when one engages in a low-level activity, such as light reading, staring out the window, or crocheting, and while doing so, enters the daydreaming state. It’s thought that here, one can more easily conjure up important memories or come up with novel solutions to problems.

If you want to take advantage of this strategy, put together to-do lists, and tackle one important task after another, each in 52 minute chunks, or for more long-term assignments, over a series of them. Set a timer, and adhere to 52 minutes on, 17 minutes off. Save your social media time for your lunch or a coffee break. For those who want to try and do such a schedule organically, simply take a break when you feel your energy waning and dive back in around 15 minutes later.

Related
The Present
Radical idea: Redraw the U.S. map as a nation of city-states
While cities drive national economic growth, their political geography means they cannot effectively deal with inequality, poverty, and other socioeconomic problems.
The Learning Curve
Why do high IQ people stagnate in their careers? Emotional intelligence
Research suggests that emotional intelligence is more vital for success than IQ.
The Present
Even in the age of AI, some problems are just too difficult for computers
Computers are growing more powerful and more capable, but everything has limits
The Future
How the metaverse will revolutionize K-12 and higher education
Imagine going on a tour through the human circulatory system as a tiny cell. That is just one example of education in the metaverse.
Starts With A Bang
Ask Ethan: What are white holes, and do they really exist?
In General Relativity, white holes are just as mathematically plausible as black holes. Black holes are real; what about white holes?
Up Next
Big Think Books
College no longer provides job security. Is it still worth attending?
A college degree is still a well-trodden path to relative financial success. Even so, a college degree is no longer a guarantee of a secure job, or of any job at all.