Why We Love Violence In Fiction 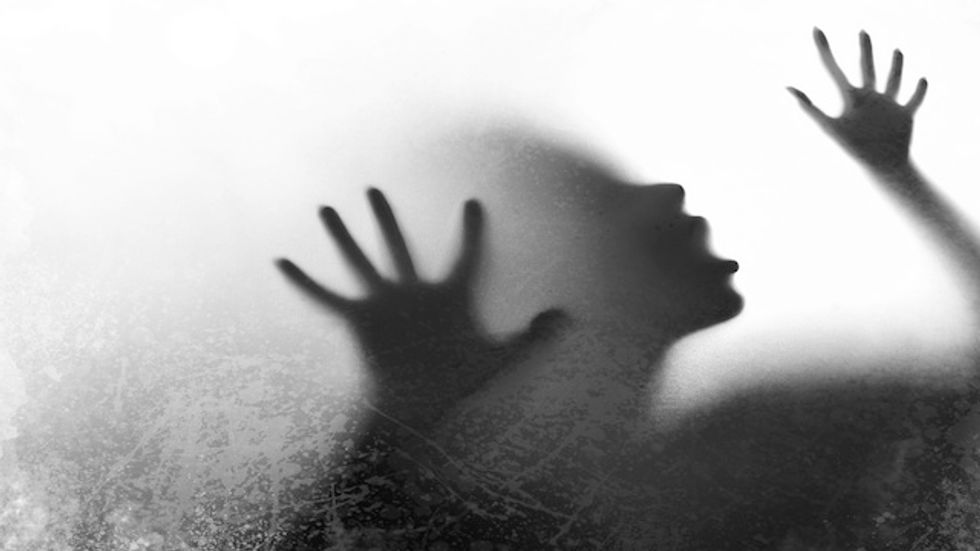 “How do Americans spend their leisure time?” That question was posed by Yale psychologist Paul Bloom in his 2010 book How Pleasure Works. The answer, Bloom says, is “participating in experiences that we know are not real. When we are free to do whatever we want we retreat to the imagination.” Of course, Bloom is referring to our propensity to daydream, our default state whenever the mind is not absorbed in a mentally demanding task.

Exactly how much time does our mind spend in Neverland? One study published in 2007 puts it at about 30 percent. More recently, Dan Gilbert and Matthew Killingsworth created an iPhone app that sent notifications to over two thousand participants asking about their feelings, thoughts and behaviors as they occurred in the moment. One question, for instance, was: “Are you thinking about something other than what you’re currently doing?” Gilbert and Matthew analyzed the results and found that people’s minds wandered about 47 percent of the time.

Such a percentage begs the question: what are the contents of our mental musings? The short answer is nearly everything. We recall events from the past, maybe something we forgot to do or the last restaurant we ate at. We also daydream about the boring stuff: what we should make for dinner or how much time it will take to get home. But a closer look at our cognitive vacations reveals some peculiarities.

Many times our thoughts gravitate towards the extremes. For one, we riff on the pleasures of life: winning MVP trophies, giving commencements speeches, saving the world and making love. Although we know the difference between real life and fiction, we can’t help hijacking the emotional states that such events evoke. We know that we won’t give the next commencement speech at Harvard, but it feels good thinking about what it would be like.

We also imagine horrible things: airplane crashes, being embarrassed in front of scores of people, death of a loved one. Is thinking about these things pleasurable too? Paul Bloom points out the irony at work: what we fear most in life is what we look forward too in the world of fiction. Shakespearean plots are full of tragedy and the Theban plays make most readers cringe, but the misfortunes of Hamlet and Oedipus are what make these classics, classics. On the big screen there are thrillers like Deep Impact and Armageddon, where at stake is nothing less than the end of the world. And then there is the video game Grand Theft Auto, which regularly features the murdering of innocent bystanders and prostitutes. As the literary scholar Jonathan Gottschall puts it: if fiction is an escape, it is a bizarre sort of escape.

Bloom argues - along with other brain scientists including Keith Oatley - that we make up imaginary horrors to prepare us for real ones much like a flight simulator prepares a pilot for flight. Bloom puts it this way:

It’s not that we enjoy zombie films because we need to prepare for the zombie uprising. We don’t have to plan for what to do if we accidentally kill our fathers or marry our mothers. But even these exotic cases serve as useful practice for bad times, exercising our psyches for when life goes to hell. From this perspective, it’s not the zombies that make film so compelling, it is that the theme of zombies is a clever way to frame stories about being attacked by strangers and betrayed by those we love. This is what attracts us; the brain eating is an optional extra.

Bloom’s theory is that violence and tragedy in fiction are helpful because they deliver a moral or truism useful for real life. A few examples from my childhood easily come to mind: Mufasa reminded me to listen to my father; in Aladdin Jafar demonstrated the consequences of greed; and then there’s Beauty and the Beast, which was probably my first encounter with the idea that real beauty comes from the inside. These films certainly aren't as violent as a Quentin Tarantino movie, but the violence Disney movies do contain produce the crux of the message.

In other words, what use is a movie about an average person living an average life in an average place? Not much, unless one day the Average Joe wakes up to extraordinary circumstances, manages to fight through adversity and, by learning an important lesson along the way, ends up better off in the end. This, of course, is the premise for such films as Groundhog Day, Bruce Almighty and The Matrix.

The vital role conflict plays in stories might help explain why death, the end of the world, torture, incest and the like is pleasurable to watch or read. If the human mind was shaped for stories, as many cognitive scientists believe, then our obsession with conflict might be natural selection’s way of influencing us to rehearse dangerous scenarios. Whereas there’s no value in mentally running through the mundane events of daily life, simulating a lion attack that results in a triumphant victory would have been helpful for our hunter-gatherer ancestors (and even for some people living today).

One final thought. So far I’ve suggested that our ability to daydream is a good thing because like a flight simulator, it gives us a means to rehearse real-life challenges without the consequences. However, it’s worth noting that the study done by Gilbert and Killingsworth, which is unrelated to most of what’s been discusses thus far, reaches a different conclusion. Their study examined the relationship between happiness and daydreaming. Specifically, they wanted to know if all the ancient wisdom about living in the moment was true. Is it really better to “Be Here Now?”

The answer, it turns out, is yes. Here’s a bit from their findings:

People were less happy when their minds were wandering than when they were not, and this was true during all activities, including the least enjoyable. Although people’s minds were more likely to wander to pleasant topics (42.5% of samples) than to unpleasant topics (26.5% of samples) or neutral topics (31% of samples), people were no happier when thinking about pleasant topics than about their current activity and were considerably unhappier when thinking about neutral topics or unpleasant than about their current activity. Although negative moods are known to cause mind wandering, time-lag analyses strongly suggested that mind wandering in our sample was generally the cause, and not merely the consequence, of unhappiness… In conclusion, a human mind is a wandering mind, and a wandering mind is an unhappy mind. The ability to think about what is not happening is a cognitive achievement that comes at an emotional cost.

So while the ability to invent fictions helps us simulate real-world events, our mental abstractions often get caught up on things that drag our mood down. Part of this might be a consequence of culture. In the age of Facebook and instant messaging, there is a lot to worry about. However, our craving for gossip is a deeply rooted aspect of our social brains that evolved over many millions of years. That, however, is a whole other post.