Why We Laugh and What We Laugh At 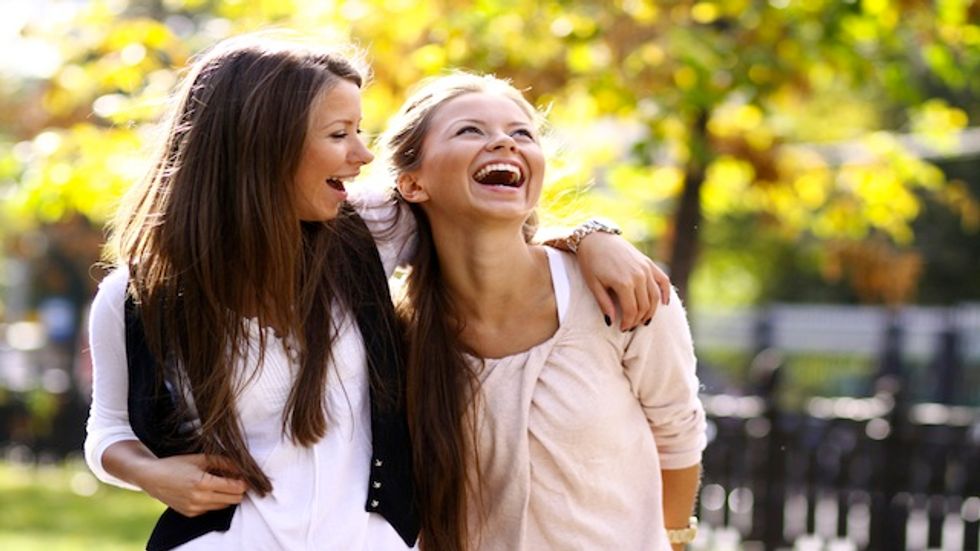 In 2002, professor of psychology Richard Wiseman wanted to determine the world’s funniest joke. So he created LaughLab, a website where people could go to submit and rate jokes. Wisenman and his team of researchers gathered nearly 40,000 jokes and 2 million ratings over the course of several months. After tailing the votes they determined the winning joke, which came from Gurpal Gosall, a 31-year-old psychiatrist from Manchester. Here it is:

A couple of New Jersey hunters are out in the woods when one of them falls to the ground. He doesn’t seem to be breathing; his eyes are rolled back in his head. The other guy whips out his cell phone and calls the emergency service. He gasps to the operator: “My friend is dead! What can I do?” The operator says: “Take it easy. I can help. First, let’s make sure he’s dead.” There is silence, then a shot is heard. The guy’s voice comes back on the line. He says, “OK, now what?”

This joke highlights the notion of incongruity and the important role it plays in humor. Good jokes succeed by leading you down a path of expectations only to fake you out at the last minute; they set you up for X and then deliver Y. The hunting joke is funny because it creates the expectation that the hunter is going to check his friends pulse. Humor arises from the incongruity between this expectation and what actually occurs.

Here’s another example, also from Wiseman’s research but prompted by a January 2002 newspaper column by Dave Barry when the writer asked readers to submit jokes that ended with the punch line: ‘There's a weasel chomping on my privates.’ The winning joke was chosen from over 1500 entries:

At the parade, the Colonel noticed something unusual going on and asked the Major: “Major Barry, what the devil's wrong with Sergeant Jones’ platoon? They seem to be all twitching and jumping about.” “Well sir,” says Major Barry after a moment of observation. “There seems to be a weasel chomping on his privates.”

These two jokes are best explained by the most commonplace of humor theories, the incongruity-resolution theory (I-R theory). The basic idea is that humor results from incongruities between our assumptions and reality and laughter occurs when we resolve the inconsistences.

Humor theories have been around since at least the ancient Greeks, but most have had poor traction. As the cognitive scientists Matthew Hurley, Dan Dennett and Reginald Adams say in their recent book Inside Jokes: Using Humor to Reverse Engineer the Mind, “Many theories of humor have been offered over the centuries, and each seems right about some aspect of type of humor while overlooking, or being just wrong about, the rest.”

What’s interesting is that humor theories mostly ignore what makes us laugh. We assume that laughing and jokes are impossible to disentangle, but studies by Robert Provine paint a different picture. To pinpoint what triggers laughter Provine assembled a team of researchers to eavesdrop on hundreds of conversations between undergrads around the college campus. After analyzing the data, which Provine reports in his book, Laughter: A Scientific Investigation, he and his team found that what produced the most laughs weren’t punch lines but ordinary college jargon such as: “I’ll see you guys later.” “Put those cigarettes away.” “I hope we all do well.” “It was nice meeting you too.” “We can handle this.” “I see your point.” “I should do that, but I’m too lazy.” As Provine notes, “The frequent laughter heard at crowded social gatherings is not due to a furious rate of joke telling by guests. Most pre-laugh dialogue is like that of an interminable television situation comedy scripted by an extremely ungifted writer.”

The counterintuitive conclusion of Provine’s research is that most laughter is not in response to jokes or humor. Of the 1,200 “laugh episodes” his team studied only 10-20 percent resulted from jokes. The less surprising implication of Provine’s research reminds us that laughter is deeply social. Laughing helps us affirms friendships and distinguishes “us” from “them” - we love to laugh at others yet no one likes to be laughed at.

Given the universality of laughter as well as its ability to form and maintain social groups, it appears that Darwinian natural selection played a role in the evolution of laughter. Was laughter a trait that was selected for? This is precisely the claim of a paper by Pedro C. Marijuán and Jorge Navarro. The researchers begin with the social brain hypothesis, which states that the brain evolved not to solve complicated ecological problems but to better deal with the social demands of living in large social circles. This hypothesis stems from Robin Dunbar’s observation that there is a cognitive limit to the number of people we can maintain stable social relationships with, and the larger the social circle the more difficult it is to preserve cohesiveness. The large human brain might have evolved to handle the cognitive burden of maintaining large social circles - something other primates cannot do nearly as well.

Marijuán and Navarro believe that laughter aided this process by serving as a form of social glue that helped humans bond and form group identities:

In the noisy environment of the talkative human groups, the cracking sound of a highly differentiated laugh may be far more recognizable at a distance than any voiced exclamations of the same individual. Besides, it is a social signal of wellness, of bonds in the making –and exhibiting a very conspicuous signature can be interesting and advantageous in-group contexts of cooperation/competition and in different stages of the individual’s life cycle (e.g. specificity of maternofilial attachments).

The ingredient for laughter, then, is not jokes with snappy punch lines, but other people.