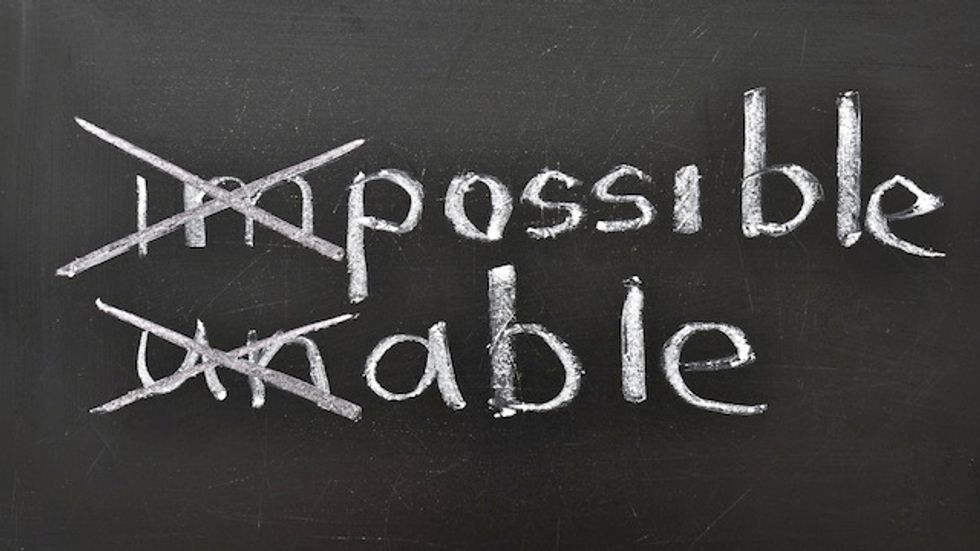 “Are great musician born or made?” That question was posed by Gary Marcus, who at the age of 38, wondered if he could overcome a lifetime of musical failure – at one point when he was younger a teacher politely told him to stop taking recorder lessons. Marcus’ problem wasn’t a lack of neurons. A diploma from MIT and tenure at NYU reflects his sharp intellect. Rather, his dearth of musicianship, which he describes in his latest book, Guitar Zero, appeared innate: great musicians are born. Case closed.

Not exactly. Until recently, developmental psychologists believed in “critical periods,” windows of time where complex skills can be learned. But the evidence for critical periods is weak. Yes, genes matter and children pick up some skills easier than adults. Marcus explains, however, that, “there’s no magical window that slams shut the moment puberty beings.” For the most part, musicians are made.

What about musicians who start at age 38? A lack of research makes it hard to say. But one thing Marcus learned was that when it comes to improvement the right mindset is crucial.

Consider a classic study by Columbia University psychologist Carol Dweck. In one experiment she gave 400 fifth-graders an easy nonverbal IQ test. Once the kids received their scores they were told one of two things: “You must be smart,” or, “You must have worked really hard.” When asked to choose between two follow-up tests Dweck found that the students praised for being smart tended to opt for the easier test while the students praised for their hard work almost always opted for the more difficult test. Why?

Dweck identifies two mindsets, “growth” and “fixed,” and argues that adopting one over the other dramatically affects performance in many domains. Here’s what she means:

Some [people] hold a fixed mindset, in which they see abilities as fixed traits. In this view, talents are gifts—you either have them or you don’t.

Other people, in contrast, hold a growth mindset of ability. They believe that people can cultivate their abilities. In other words, they view talents as potentialities that can be developed through practice….

We have found in our research that people’s mindsets set up completely different motivations. The fixed mindset, in which you have only a certain amount of a valued talent or ability, leads people to want to look good at all times… In contrast, the growth mindset, in which you can develop your ability, leads people to want to do just that. It leads them to put a premium on learning.

This helps explain why the fifth-graders praised for their work ethic picked the more challenging follow-up test: their “growth” mindset pushed them to believe in their ability to improve.

In a related study, social psychologist Timothy Wilson and his colleague invited college freshman into their lab to survey their attitudes toward college life. The survey, of course, was a ruse. Wilson was actually interested in how the students’ perception of their academic ability affected their academic performance. During the “survey,” the freshman watched video of juniors and seniors describing how they overcame early academic problems. One upperclassman, for instance, described into detail how he managed to change a 2.0 into a 3.2.

What happened over the next four years is noteworthy. In Wilson’s words, “compared to a randomly assigned control group of students who didn’t get any information about grade improvement, those who got the story prompt achieved better grades in the following year and were less likely to drop out of college.” How did a small indirect intervention have such a large impact?

The key to Wilson’s success was his ability to change a student’s personal narrative. In other words, “he prompted students to reinterpret their academic problems from a belief that they couldn't cut it in college to the view that they simply needed to learn the ropes.” Like Dweck’s research, a minor adjustment in how students perceived their abilities made a major difference.

In many ways the research of Dweck and Wilson confirms the cliché, “when you put your mind to it, you can accomplish anything.” It also dovetails with Marcus’ story. By the end of his quest he wasn’t Jimi Hendrix; but he was improvising fairly catchy tunes. Marcus’ isn’t alone either. As he points out in his book many brilliant musicians including Tom Morello, Pat Martino, Patti Smith and New Orleans keyboard legend Dr. John took up their instruments in their twenties. With a “growth” mind set, they went on to be legends.

Improving a skill requires more than optimism of course. Thousands of hours of deliberate practice are necessary. But these studies suggest that to succeed in any domain a belief in personal development is more important than a reliance on innate ability.