The U.S. Supreme Court issued a ruling this week protecting free speech on the Internet by clarifying the standards by which people can be convicted for making potential threats online. 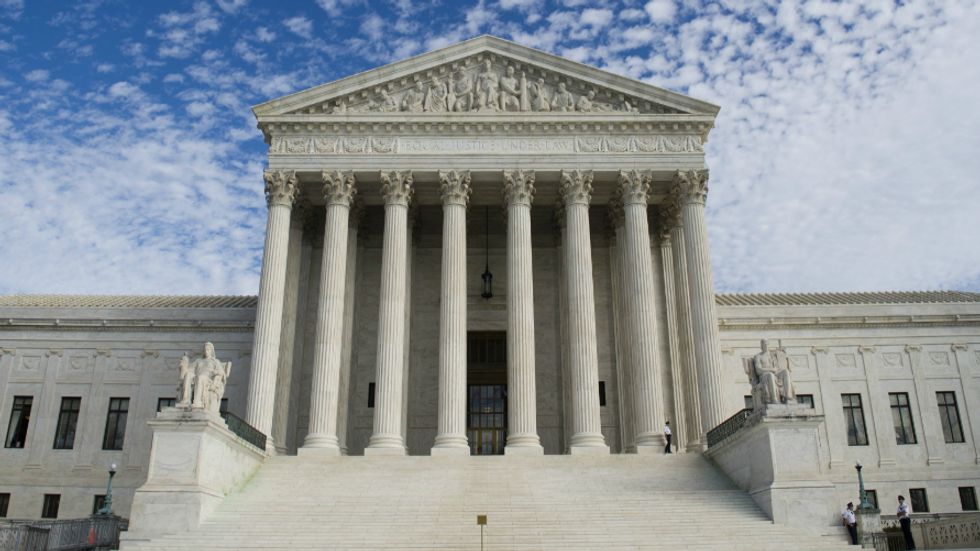 Lost in the shuffle of Patriot Act rabble-rousing this week on Capitol Hill, the Supreme Court issued a very interesting ruling in Elonis v. United States, better known as the Facebook threat case. The petitioner, a Pennsylvania man named Anthony Elonis, had been convicted of transmitting threats to his ex-wife and co-workers on Facebook in the form of, as Chief Justice John G. Roberts put it, "self-styled rap lyrics containing graphically violent language and imagery."

So Elonis was basically doing a bad Eminem impersonation, which, in the opinion of this humble writer, was probably criminal enough on its own. Unfortunately for Elonis, his vivid lyrics suggesting the murder of his wife and the execution of a kindergarten rampage proved to be too much for the lower courts. They upheld his conviction on an interpretation of the law that stipulated his words were enough to prove his guilt because "a reasonable person" could interpret them to be threatening.

On Monday, the Supreme Court ruled in Elonis' favor in an 8-1 decision. Chief Justice Roberts, who probably sullied his pristine Google search record while researching for his decision, explained that the convicting jury had erroneously been advised on prerequisites for proving guilt. In short, it's not enough that an amorphous "reasonable person" would think Elonis' words criminal. The prosecution must also prove intent — either intent to act on the threats or intent for the words to be taken as threatening. The focus switches from the target's interpretation of the events to the perpetrator's purpose.

It should be noted that the Supreme Court did not exonerate Elonis. They basically just stuffed him into a shipping box and sent him back down to the federal appeals court with precise instructions for how to prove whether or not he's actually guilty. It'll be up to the lower court to consider Elonis' appeal against these elucidated standards. If it's determined Elonis' acts were criminally unintentional, the government might find itself in a precarious position as Elonis has already done 44 months hard time for his social media snafus. You have to imagine he'll want something for his troubles if the appeal proves successful.

Richard Wolf, USA Today's Supreme Court reporter, does an excellent job explaining why this case is so important:

"The case represented a critical test of free speech in the Internet age, when words that seem threatening emanate from violent spouses and video game-players alike. The justices were seeking a rule that could result in locking up the former while letting the latter off the hook...

"Elonis' attorneys said he never intended to carry out his violent threats. On the Internet, they said, context is lost and words can be misinterpreted."

There are three main points to latch onto here. First, as is often the case, U.S. laws are having trouble keeping up with rapidly expanding technologies. Elonis' attorneys are correct in stating that the context of a threat made on the Internet is different than one shouted in a public square. The court is wise to take its first step toward deciding a line between the two, even if they are quite late to the party.

Second, that despite everything, this really was only one tiny step. Justice Samuel Alito, who contributed a partial dissent, grumbled that the court merely breeds more confusion by refusing to decide the solution here and now. He's got a point, but this is classic Roberts Court in action. Instead of launching a full assault on an issue, the Chief Justice prefers to chip away at its fortifications while meticulously arranging his pieces on the board. It won't be long before another case like this finds its way into the court's lap.

Finally, that free speech advocates and Internet trolls can breathe easier knowing that the nine most powerful robe-wearing folks in America have protected their right to post inflammatory crap online with (relative) impunity. It's much harder to bring charges against someone who harasses online for kicks when the prosecution is required to prove that doing so was about far more than just kicks. In this sense, trolling has been granted a safeguard, at least for now.

Below, check out this video featuring Harvard Law School professor Jonathan Zittrain in which he advocates for heightened research on what goes on in someone's brain when they troll online: