How to Quit Binge-Watching Cold Turkey (And Better Your Life)

If you're binge-watching through the night, chances are you're not getting enough sleep. That means you're probably not nearly as productive or happy as you should be during the day. Take a crash course in story structure and self-control in order to quash your addiction. 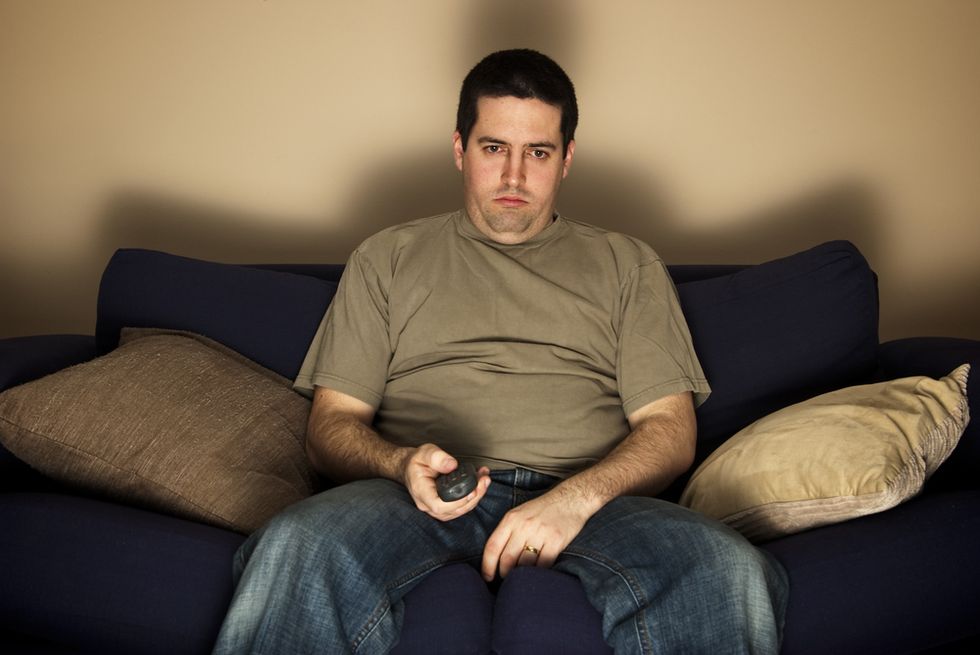 The new "Golden Age" of television has begot a golden age of insomnia and daytime sluggishness. That's because, with the advent of Netflix, Hulu and other on-demand video services, binge-watching your favorite TV shows has never been easier. But if you're staying up until 2 or 3 A.M each night trying catch up on Game of Thrones or Mad Men, it probably means you're not getting enough sleep. And if you're not getting enough sleep, you're likely not as productive (or sentient) as you'd like to be during your waking hours.

This was the case for The Wall Street Journal's Michael Hsu, who wrote in a recent column about how his binge-watching addiction undermined "[his] ability to be a good father, husband and friend."

Nobody wants to be a lousy person during the daytime just because they can't control their behavior during the night. Hsu explains that the key to overcoming your binge-watching is to unlock the secrets of story structure. Doing so will help you determine when it's best to press the red "on/off" button the remote. But what does he mean by the "secrets" of story structure. Simply put, TV magic isn't magic; it's an illusion, or something akin to hypnosis. Most viewers become lost in the spectacle of television without ever identifying the patterns and pieces that make up a compelling script.

There's a reason why many writers for screen and stage consider their work less art and more craft -- it takes an artisanal expertise to create a compelling TV script, just as it takes a skilled craftsman or -woman to build strong furniture. Just as you can examine the design of a chair to understand how it supports so well, you can also break down the elements of a story. This, Hsu explains, is how you temper your impulses. Pull away the curtain and identify why and how your favorite shows keep you hooked. Then, simply unhook.

For example, any tv show with a season- or series-wide story arc features a repetitive story structure for each episode. Some are fairly obvious, like with multi-camera sitcoms such as The Big Bang Theory. Others like Mad Men or Breaking Bad are more subtle. Usually there are about three mini arcs within each episode -- an A, B, and C story. The A story involves the main character, the B and C's involve minor characters.

Hsu spoke with a TV writer who explained that, in most cases, the C and B stories are resolved first (you naturally want to save your biggest fireworks for the finale). Almost universally, there is a lull in action following a major plot point or story beat. This, Hsu says, is why you want to quit watching an episode as soon as the C/B stories are resolved -- usually about 30-35 minutes into a 45-minute show. This way, you won't become compelled by a cliffhanger to keep going. The next night, you just pick up where you left off and immediately get to the good stuff, as well as the events that will lead you into the next episode.

If all that sounds too complicating, another option is to disable the auto-play feature that immediately starts a countdown to the next episode. You can also make sure you're eating and drinking while watching, as "exercising self-restraint gets more difficult when our energy levels drop." These are minor strategies though -- your better bet is to tame the urge to get through entire episodes at a time.

Do you have any particular strategies for helping ward off the binge-watching bug? Share them below.