Finally: A Football With A Built-In "Smart" Camera

The camera inside the BallCam compensates for the speed at which the ball rotates to provide a clear, wide-angle, "ball's-eye" view. 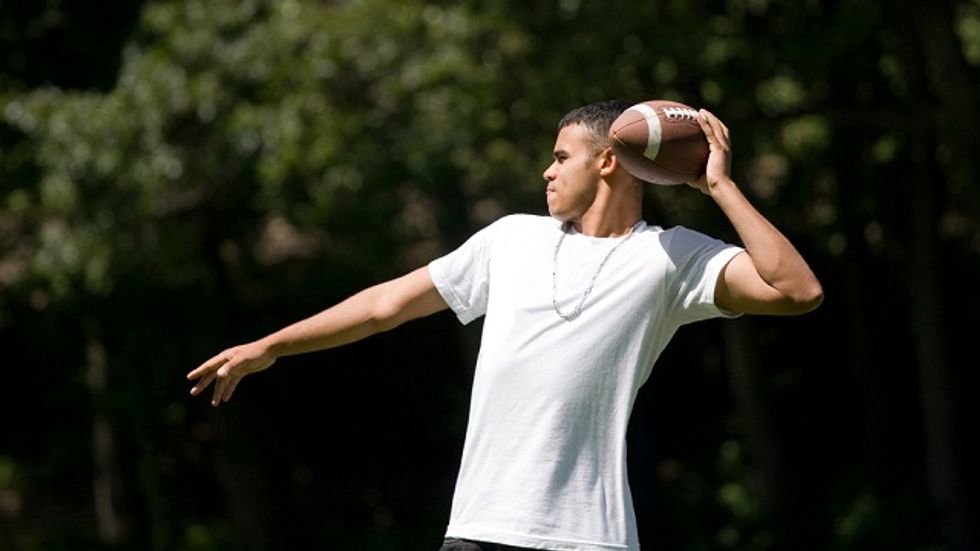 Developers at Carnegie Mellon University and Tokyo's University of Electro-Communications have created a football with a built-in camera that's smart enough to compensate for ball rotation speeds of up to 600 RPM. It does this by ignoring frames containing fewer color differentiations -- like the sky -- and "stitching" the remaining frames together into a steady, panoramic wide-angle view. The team will present the device, appropriately named the BallCam, at next month's Augmented Human International Conference in Stuttgart.

Considering the many different ways fans can watch football these days -- from the end zone, from the sidelines, from the blimp, etc. -- a clear and stable "ball's-eye" view is sure to be popular. However, the NFL isn't known for adopting new technology quickly, so it could be a while before the BallCam makes it to the field, if ever. In the meantime, as cameras grow smaller, the possibilities grow for other sports, such as baseball or even golf. Right now, the researchers say more work needs to be done to improve the video even further.

Read it at NBC News