Britain authorized Pfizer’s COVID-19 vaccine on December 2, becoming the first country to approve a rigorously tested vaccination for the disease.

Britons could start receiving the vaccine within days. The first recipients will be nursing home patients, the elderly, healthcare workers, and the “clinically extremely vulnerable,” according to an official statement.

“This is a day to remember, frankly, in a year to forget,” British Health Secretary Matt Hancock said. COVID-19 has so far been linked to nearly 70,000 deaths in the U.K.

While China and Russia have already begun inoculating citizens against the novel coronavirus, those vaccinations didn’t undergo large-scale testing. In contrast, the U.K. waited until Pfizer, along with partnering firm BioNTech, published the results of efficacy tests involving tens of thousands of participants. 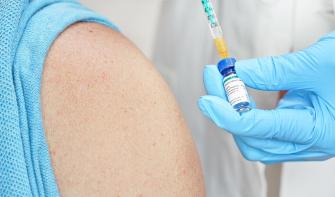 “The government has today accepted the recommendation from the independent Medicines and Healthcare products Regulatory Agency (MHRA) to approve Pfizer/BioNTech’s COVID-19 vaccine for use,” said a spokesperson for the Department of Health and Social Care. “This follows months of rigorous clinical trials and a thorough analysis of the data by experts at the MHRA who have concluded that the vaccine has met its strict standards of safety, quality and effectiveness.”

Why did the U.K. beat the U.S. and other Western nations to approving the vaccine? The reason lies in the rigorousness of testing on which nations are basing their decisions: The U.K. chose to rely on findings reported by Pfizer itself. Meanwhile, the U.S. is having regulators independently examine raw data behind tests on Pfizer’s vaccine.

“We have to go through it very carefully,” he said, declining to announce a concrete timeline for the potential distribution of the Pfizer vaccine. “All I can tell you is not knowing the data, [it will be] very soon after those meetings. I don’t want to get ahead of the data … it wouldn’t be the first time that the FDA and Advisory committee has found surprises.” 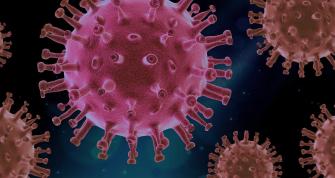 On December 10, the F.D.A. will decide whether to issue emergency approval of the vaccine. If authorized, health systems in the U.S. could receive the first rounds of vaccines on Dec. 15, according to an Operation Warp Speed document obtained by CNN. The document estimated that 22.5 million doses of Pfizer’s vaccine will be produced in December.

Moderna has also produced a COVID-19 vaccine with a high efficacy rate. The F.D.A. will meet Dec. 17 to discuss approving that vaccine, which, like Pfizer’s, uses messenger RNA to trigger an immune response. Moderna says its vaccine has an efficacy rate of about 94 percent; Pfizer reported a rate of 90 percent. Similar to the U.K., the first Americans to receive COVID-19 vaccines will be the elderly, healthcare workers, and people at risk due to preexisting conditions.

Despite criticisms that the U.S. is taking a long time to approve a COVID-19 vaccine, it’s worth noting that vaccines usually take years to develop and approve. The current record for the fastest vaccine ever brought to market is the mumps vaccine, which took four years.

Currently, data suggests that some of China’s vaccines appear to be successful in mid-stage trials, and there have been no reported adverse effects in any of the vaccines.

But if something goes wrong — even on a minor scale — it’s not hard to imagine how Russia and China’s rush to inoculate could erode the public’s willingness to take COVID-19 vaccines.

You can learn things 250% faster by unlocking your ‘flow state.’
▸
6 min
—
with
Steven Kotler
Up Next
The Present

A clever new design introduces a way to image the vast ocean floor.