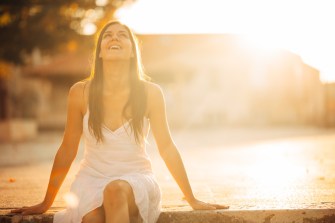 The mental and physical health benefits of sunlight have been heavily researched.Credit: eldar nurkovic on Shutterstock

The benefits of sunlight have been widely discussed for many years. In fact, there are a number of physical and mental health benefits to sun exposure.

Sunshine (and the lack of) impacts your hormone levels.

Sunlight (and alternatively, the lack of sunlight) triggers the release of certain hormones in your brain. Exposure to sunlight is thought to increase serotonin, which is associated with boosting your mood and helping you feel calm and focused.

Alternatively, dark lighting triggers melatonin, a hormone that is helpful in allowing you to rest and fall asleep. Without enough sunlight, your serotonin levels can dip – and low serotonin levels have been associated with a higher risk of major depression with seasonal pattern (formerly known as seasonal affective disorder).

Exposure to the ultraviolet-B radiation in the sun’s rays can interact with your skin, causing it to create vitamin D. According to NHS, vitamin D helps regulate the amount of calcium and phosphate in the body. A lack of vitamin D can lead to bone deformities or bone pain. A 2008 study has shown that even 30 minutes in sunlight (while wearing a bathing suit) can boost vitamin D levels.

Although heavy exposure to sunlight has been proven to contribute to certain skin cancers, a moderate amount of sunlight has actually been shown to have preventative benefits.

Additionally, sunlight has been shown to help people with skin conditions such as psoriasis.

According to the World Health Organization, sun exposure may also be able to help treat skin conditions such as psoriasis, eczema, jaundice, and acne. Some research has also indicated the sun benefits people who struggle with rheumatoid arthritis (RA), systemic lupus erythematosus, and inflammatory bowel disease. 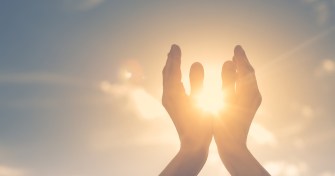 The large-scale study examines the link between addiction and sunlight, with some surprising results…Credit: KieferPix on Shutterstock

Addictions are multi-step conditions that, by definition, require exposure to the addictive agent. Due to the increase of serotonin (a chemical in the human body that has been proven to help reduce depression, regulate anxiety, and maintain bone health), it’s natural that being exposed to prolonged periods of sunlight could become somewhat addictive to the human body and mind. We crave things that make us feel good, and sometimes those cravings become something we depend on. This is the very nature of addiction.

Countless people are exposed to addictive things (substances, medications, and yes, even the sun), but not all become addicted. This is because of the genetic component of addiction.

A large-scale study from King’s College in London examines more than 260,000 people to better understand how sun-seeking behavior in humans can be linked to genes involving addiction, behavior traits, and brain function.

Phase one suggested genetics play a role in sun-seeking behaviors and phase 2 helped pinpoint what those genetic markers are.

Phase 2: The team of researchers then were able to identify five key gene markers involved in this sun-seeking behavior from further analysis of 260,000 participants. Some of the genes indicated have been linked to behaviors traits that are associated with risk-taking and addiction (including smoking and alcohol consumption).

What does this study really prove?

Some may think it’s natural to become addicted to something that makes you feel good. The physical and mental health benefits of the outdoors have been heavily studied…so what does this study really mean?

First and foremost, it means more research needs to be done to examine the link between human conditions and exposure to sunlight. Senior author Dr. Mario Falchi explains to the King’s College London News Center: “Our results suggest that tackling excessive sun exposure or use of tanning beds might be more challenging than expected, as it is influenced by genetic factors. It is important for the public to be aware of this predisposition, as it could make people more mindful of their behavior and the potential harms of excessive sun exposure.”

Additionally, it could mean alternative treatments, and further research needs to be conducted in terms of how we treat certain conditions that are caused or heavily influenced by human exposure to sunlight.

Your old-fashioned chronological age is just a number. Your biological age can tell you how healthy you really are.
Videos

Half our day is spent not living in the moment. Here’s how to change that.
▸
7 min
—
with
Ethan Kross
Neuropsych

Will nature or nurture win out?
Up Next
Hard Science

Turns out chitin is quite useful when you need a wrench.