For most of us, it’s easy to distinguish between real science and pseudoscience. Real science requires testing hypotheses, a rigorous analysis of the results, and peer review, after which the findings are either debunked, tweaked, or accepted as fact. Pseudoscience dresses itself up in the clothes of science but doesn’t play by the same rules, particularly when it comes to abandoning ideas that fail to pass peer review.

But the difference between strongly held belief and scientific fact were not always so clear cut as they are today. The line between the two was blurry; if a belief had just enough of the trappings of evidence-based analysis, it could gain some traction. Over the course of history, some truly bizarre scientific theories have been put forward — here’s five of the strangest. 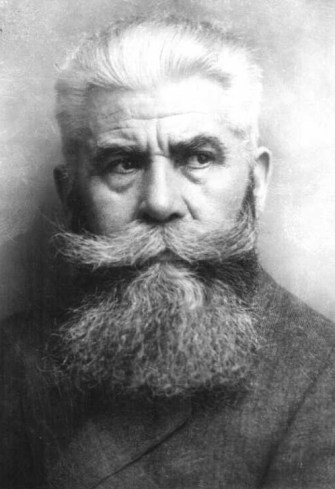 In 1894, Austrian engineer Hanns Hörbiger observed that the moon was shiny and rough, much like ice. Then, he had a dream of himself floating in space, observing a swinging pendulum whose tether eventually broke. These two events were enough for him to develop his Welteislehre, or World Ice Doctrine.

The doctrine argued that ice is the fundamental building block of the universe, with icy celestial bodies and an icy ether that permeates the universe. This bizarre cosmological model wouldn’t have gained any traction whatsoever were it not for two developments. First, after being completely dismissed by the scientific community, Hörbiger marketed his theories directly to the people, a tactic that has led to the unnatural long life of many pseudoscientific theories. Second, the Nazis came to power.

The Nazis had expelled many scientists from Germany, particularly Jewish ones. Among these was Albert Einstein, whose theory of relativity was not well-regarded amongst the Nazi community. World Ice Doctrine served as an alternative cosmological model. Both Adolf Hitler and Heinrich Himmler, one of the more occult-leaning Nazis, were notable proponents of the theory.

Before blood types were discovered in 1901, many physicians believed that it would be far more useful to direct their energies toward finding a blood substitute rather than to try the risky procedure of transfusing human blood to patients. So, in 1854, Toronto Drs. James Bovell and Edwin Hodder injected a 40-year-old man with 12 ounces of cow’s milk.

The belief was that the fatty particles in milk would become “white corpuscles,” which we refer to today as white blood cells. This was not the case. Despite this, milk transfusions remained a relatively popular area of research and experimentation until about 1884. There were some successes at least in the sense that the patient did not die, but these were likely due to the small quantities of milk used in the procedure. 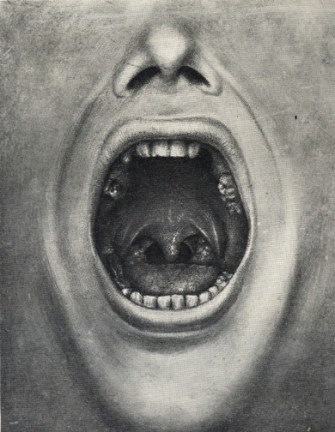 An illustration from Henry Cotton’s “The Defective Delinquent and Insane” depicted a mentally ill individual’s mouth with teeth removed.

Without a doubt the inventor of one of the strangest and most macabre ideas on this list, Dr. Henry Cotton had developed a radical theory of insanity that he used to “treat” patients between 1907 and 1930 as the medical director of the New Jersey State Hospital at Trenton. His theory was that mental illness came about due to physical infections, particularly in the teeth. The solution? Pull them out! Under Cotton’s direction, 11,000 teeth were extracted from mentally ill patients.

When patients failed to improve after this, Cotton theorized that the infection must have spread to other organs. The natural conclusion was to remove these as well, which he did on 645 separate occasions. Though Cotton claimed an 80 percent success rate at treating mental illness — and actually became quite popular due to this fabricated figure — his mortality rate was astronomical, and patients (unsurprisingly) actually did better when they were not treated by Cotton.

At the very least, Cotton was a true believer in his theory. He removed several of his own teeth, and those of his wife and children. He also found dentists to be extremely peculiar since they focused on fixing teeth rather than pulling them out.

4. The spontaneous generation of life

Originally developed by Aristotle, the theory of spontaneous generation persisted only until Louis Pasteur disproved it in the mid-19th century. In essence, it declared that life could and regularly did form from non-living matter spontaneously. Aristotle, for instance, claimed that scallops were generated from sand. Others made the observation that maggots grew in dead flesh — nobody ever saw maggots traveltodead flesh, and it took a surprisingly long time for people to understand that maggots were laid there by other flies.

To us today, the theory sounds obviously preposterous, but this just highlights how little ancient people really knew about the world until the scientific method became the norm. An idea that lasts for over 2,000 years must have some staying power. And if all you have is observation, it’s not too crazy — life, after all, springs from apparently inert things like seeds all the time.

Samuel Cartwright was a physician practicing in the American South, who, in 1851, delivered a report to the Medical Association of Louisiana titled “Report on the Diseases and Physical Peculiarities of the Negro Race.” Unsurprisingly, there was wild speculation contained within the report, notably his “discovery” of two conditions: drapetomania and dysaesthesia aethiopica.

Drapetomania, Cartwright claimed, was a sort of madness that affected black slaves, causing them to flee. He attributed this to slave owners treating their slaves as equals or by being overly harsh:

If the white man attempts to oppose the Deity’s will, by trying to make the negro anything else than “the submissive knee-bender” (which the Almighty declared he should be) … or if he abuses the power which God has given him over his fellow-man, by being cruel to him … the negro will run away.

Cartwright’s cure was to treat slaves as though they were children — meaning as lesser-than and occasionally subject to corporal punishment. For truly unresolvable cases, Cartwright had a horrifyingly straightforward cure: Cut off their big toes.

Dysaesthesia aethiopica, according to Cartwright, was a mental illness that caused slaves to be lazy. Cartwright claimed this illness was somehow connected to the skin, believing that the lesions he saw on lazy slaves were a manifestation of the illness. The cure for this illness was whipping. But of course, if a slave was seen as being lazy, he’d be more likely to be whipped, and if he were whipped more often, he’d probably develop some lesions. For the slave owners who followed Cartwright’s logic, this ensured a perverse cycle of whippings.

This list is by no means exhaustive; human beings crave explanations for things, but they haven’t always had the tools to come up with accurate ones. Even today, we’re dubious of the claims of the scientific community. But so long as there’s honest-to-goodness science, there will be sketchily crafted theories like the flat Earth theory, that dinosaurs were put in the ground by God 5,000 years ago, that vaccines cause autism, and many others.

Your brain is remarkably good at mapping out physical spaces — even if it’s an imaginary space like Hogwarts. But how does the brain do it?
Thinking

When reading critiques that inflate the uncertainty of science, ask these 7 questions.
The Past

Hybrid animals emere when two different species from the same family reproduce. For many years, the kunga’s lineage was just another genetic mystery.
Up Next
Hard Science

NASA to test its first all-electric plane, the X-57

Since the 1940s, NASA has been testing experimental aircraft (aka X-planes) at California’s Armstrong Flight Research Center at Edwards Air Force Base. In the past two decades, however, the agency […]