Can being in zero gravity help beat cancer? A growing field of research, including an upcoming research mission to the International Space Station, is hoping to prove just that.

Joshua Chou, a biomedical engineer from the University of Technology Sydney in Australia, has conducted successful trials in a lab environment, and aims to establish that zero-g can kill cancer cells.

Zero gravity or weightlessness occurs in the absence of the sensation of weight, when no contact forces act upon an object (or a body).

Chou’s work looks to pinpoint the sensors by which cancer cells find each other and grow into tumors within a body. He thinks these receptors are dependent on gravity and once it’s removed, the cancer can be stopped as the cells won’t be able to “sense” each other.

To study this approach further, a graduate student working with Chou created the first microgravity device in Australia. The apparatus is a tissue box-sized spinning container. The researcher described it as “something that looks like the pods astronauts train in.” 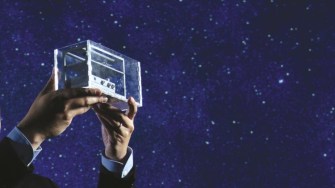 Joshua Chou with a prototype of Australia’s first microgravity device.

The device has allowed Chou’s team to investigate how microgravity affects different diseases. The scientists report it has been tremendously effective so far in eliminating cancer cells.

“When placed in a microgravity environment, 80 to 90 per cent of the cells in the four different cancer types we tested – ovarian, breast, nose and lung – were disabled,” said Chou.

Normally, these are the hardest cancers to fight. Chou’s experiments, without using any drugs, managed to either kill such cells or make them “float off because they can no longer hold on.”

Early in 2020, Chou and his team will be able to test their approach in space, launching a specially-designed module with the help of SpaceX. The module will be loaded with the four types of cancer cells (ovarian, breast, nose and lung). Once launched, the scientists will be able to monitor it from Earth via data feeds. The experiment is set to last seven days, after which the cells will be frozen and send back to Earth 21 days later on a shuttle. More studies will be conducted once the cells are back in the lab on the ground. 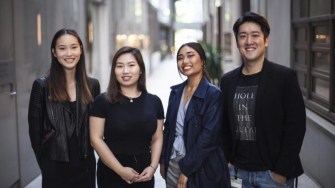 If Chou and his team succeed, does that mean cancer patients will be sent to space for treatment? While there may be such eventualities as well, Chou’s vision is to develop a drug that patients can take while on Earth. He hopes to use it to “trick” cancer cells into behaving like they are in space.

Chou also thinks that this kind of therapy might not be a “magic bullet” that will work on its own, but rather in conjunction with existing treatments. “It could give current treatments like chemotherapy a big enough boost to kill the disease,” he adds in a recent article.

Chou’s research is not the only one of its kind. Nine research projects are going to study the effects of weightlessness on cancer aboard the new China Space Station (CSS), set for 2022. One such project is “Tumours in Space” that will look at how microgravity and cosmic radiation can affect the growth of tumors.

Tricia L. Larose from the Norwegian University of Science and Technology, who is the project’s Principal Investigator, explained their goal:

“The plan is to send three-dimensional stem cell organoids from both healthy and cancer tissue from the same person into space,” she said. “Here we will study mutations and look at how the cell’s DNA is affected by weightlessness and cosmic radiation.”

Scientists in other countries are also looking at utilizing gravity on cancer. In 2017, a German team, led by professor Daniela Grimm from the University of Magdeburg, studied the effects of space on thyroid cancer cells. This was, in fact, the third time Grimm’s team sent such samples into space. Their objective, as Grimm expressed in an interview, is “to find growth-regulating proteins and certain receptors that express and secrete differently in space versus on Earth.” If they can find such proteins and receptors, they can develop new drugs to treat the cancers back on our home planet.

The Influence of short-term #Microgravity on Human Prostate Cancer

The Influence of short-term #Microgravity on Human Prostate Cancer

The Influence of short-term #Microgravity on Human Prostate Cancer Cells during a Parabolic Flight . By Prof. Daniela Grimm from University of Magdeburg . Dr…

Tags
biologycancercosmoselon muskgravityhuman bodymedicinenasaspace
In this article
biologycancercosmoselon muskgravityhuman bodymedicinenasaspace
Related
Health
When’s the best time to consume caffeine? Hint: Not right after you wake
Get the most out of your coffee.
Health
The scientific highs and lows of cannibinoids
Hundreds of these cannabis-related chemicals now exist, both natural and synthetic, inspiring researchers in search of medical breakthroughs.
Health
How saliva changes the flavor of food
“It’s a liquid, but it’s not just a liquid.”
Neuropsych
Asthma drug brings back “lost” memories
In a study involving mice, scientists used two different techniques — one optogenetic and one pharmacologic — to recover “lost” memories.
Life
Our antidepressant drugs are affecting animals and ecosystems
A toxicologist explains the impacts of antidepressants on fish — and no, they’re not getting any happier.
Up Next
Starts With A Bang
Ask Ethan: Can Black Holes Ever Spit Anything Back Out?
A black hole’s event horizon is thought of as the point of no return. But perhaps there are ways back out, after all.Black holes just might be the most extreme objects […]