Scientists have been saying for a while that drinking coffee may reduce the chances of acquiring Alzheimer’s disease (AD), Parkinson’s (PD), and dementia. A new study, published in Frontiers in Neuroscience in October, has taken a closer look into the now popular maxim, analyzing the correlation between Joe and lower incidences of AD.

“We wanted to investigate why that is, which compounds are involved, and how they may impact age-related cognitive decline,” co-author Donald Weaver told Medical News Today. “

Their identification of phenylindanes compounds as the source of java’s beneficial effect leads to a couple of surprises. First off, decaf is just as effective as caffeinated coffee at avoiding the disease. Secondly, what really matters is how dark the coffee’s roast is. 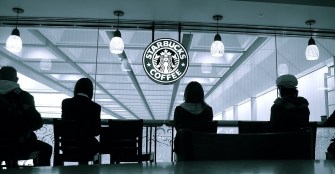 While the caffeine in coffee is known to produce a short-term increase in alertness, its long-term effect on the brain is less understood, especially since the amount of caffeine in any given cup is dependent on a host of variables. This said, controlled testing has been tricky. Additionally, there are a number of chemicals in java.

Weaver’s team was focused on identifying naturally-occurring small molecules that can “inhibit the aggregation of amyloidogenic proteins.” That is, proteins whose build up are believed to be a factor in Alzheimer’s.

Ultimately, they found that the absence or presence of caffeine made no difference to the aggregation of the toxic proteins. Also ruled out as being of much use were chlorogenic acids — compounds that account for as much as 15 percent of unroasted beans — as well as quinic acid, caffeic acid, and quercetin. 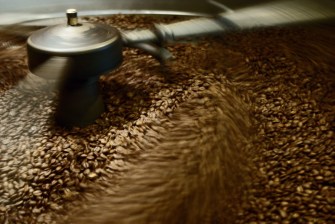 It’s really about the phenylindanes

When coffee beans are roasted, compounds called phenylindanes are generated. The darker the roast, the more phenylindanes are produced. According to the paper, it is these compounds that inhibit the aggregation of the Alzheimer’s inducing tau and amyloid-beta proteins. Weaver admits, “So phenylindanes are a dual inhibitor. Very interesting, we were not expecting that.”

What all this means is that if developing a neurodegenerative disease, especially Alzheimer’s, is a concern, try switching to as dark a roast of coffee, or even espresso, as you find palatable. Caffeinated or not makes no difference in this regard, though the other effects of caffeine are, of course, a whole other issue.

Also, note that there’s no indication that drinking coffee does anything to cure Alzheimer’s. It simply seems to help avoid acquiring it.

Tags
alzheimer'sbrainchemistryhealthillnessmedical researchneuroscience
In this article
alzheimer'sbrainchemistryhealthillnessmedical researchneuroscience
Related
Thinking
Visual thinking: How to understand the inner lives of animals
Humans are good visual thinkers, too, but we tend to privilege verbal thinking.
The Past
How the death of alchemy gave birth to modern science
Far from practicing witchcraft, the experimentation of medieval alchemists helped bring about the Scientific Revolution.
The neuroscience of loving music
Humans are musical animals four million years in the making, explained by music expert Michael Spitzer.
▸
8 min
—
with
Michael Spitzer
Neuropsych
How you breathe affects your brain
Your breathing rhythm influences a wide range of behaviors, cognition, and emotion.
Neuropsych
Daily caffeine intake temporarily alters your brain structure
Compared to people who took a placebo, the brains of those who took caffeine pills had a temporarily smaller gray matter volume.
Up Next
The Present
Bitcoin mining uses as much energy as mining for gold, study finds
What does it mean for the future of the cryptocurrency movement and its impact on the environment?