Acetaminophen — the active ingredient in Tylenol and about 600 other medicines — is a pretty remarkable pain remedy for all sorts of things, including headaches. A new study finds that it’s even more remarkable than many of us realized: It actually changes the way we assess risks.

According to Dr. Baldwin Way, co-author of the study from Ohio State University, “acetaminophen seems to make people feel less negative emotion when they consider risky activities — they just don’t feel as scared.”

Considering how many of us take acetaminophen occasionally or regularly, this is no small thing. As Dr. Way puts it, “with nearly 25 percent of the population in the U.S. taking acetaminophen each week, reduced risk perceptions and increased risk-taking could have important effects on society.”

The study builds on earlier research conducted by Way revealing acetaminophen’s psychological effects. That earlier work found that taking acetaminophen caused a reduction in both positive and negative emotions when study participants considered their own hurt feelings or joy, or another person’s suffering.

The new study is published in the journal Social Cognitive and Affective Neuroscience. 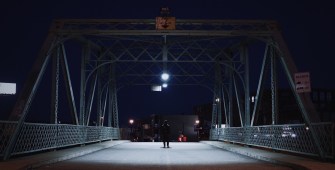 As part of the study, individuals rated the degree of risk they perceived in a range of activities such as “bungee jumping off a tall bridge” and “speaking your mind about an unpopular issue in a meeting at work.” They considered these activities to be less risky than a control group not taking the medication.

In the first of the study’s experiments, 189 college students took either 1,000 mg of acetaminophen — the standard dosage for headache pain — or a similar-looking placebo.

After giving the acetaminophen time to take effect, those in the study ranked the level of risk they perceived to be associated with a series of activities, on a scale of 1 to 7. Among the activities were walking alone in an unsafe area after dark, bungee jumping, changing careers in one’s 30s, and taking a skydiving class. The students taking acetaminophen considered these activities less risky than the control group.

An additional three studies in which individuals participated in an online risk game confirmed this result. In this game, you click to pump up a virtual balloon — as the balloon gets bigger, you earn more money. If the balloon pops, you lose your earnings.

The acetaminophen-takers proved to be bolder than their control counterparts. People in the control group pumped less and successfully cashed out more often. Recalls Dr. Way, “for those who are on acetaminophen, as the balloon gets bigger, we believe they have less anxiety and less negative emotion about how big the balloon is getting and the possibility of it bursting.” They pumped more times, and indeed popped more balloons.

Acetaminophen is an important weapon in the modern medical arsenal. Dr. Way points out that it’s the CDC’s recommended go-to drug for COVID-19 symptoms. In addition to calming our pounding noggins, surgeons typically prescribe acetaminophen, often with codeine, for post-surgical pain relief; your dentists may also suggest it. Its value lies in how well it works, and also that it’s more gentle on our digestive systems than some other painkillers such as NSAIDs, drugs that contain ibuprofen. NSAIDs taken regularly pose danger to one’s digestive tract.

Given that we’re unlikely to stop taking acetaminophen for our aches and pains, the study represents a helpful little wakeup call. Perhaps we should pump the brakes a bit as we consider risks when we’re taking acetaminophen. Take a beat, think twice, and only then carefully secure that bungee cord before you leap.

Learning another language might make you richer, sexier, and smarter. Why not try it?
Neuropsych

Millions of people have had a near-death experience, and it often leads them to believe in an afterlife. Does this count as good proof?
Health

Why are we here? What is everything made of? This theoretical physicist says science isn’t the right way to answer these questions.
▸
6 min
—
with
Jim Al-Khalili
Thinking

Why it’s time to confess your darkest secrets

If secrets are a kind of poison, confession is the antidote.
Up Next
The Present

Is it possible to build a mile-high skyscraper?

A mile-high tower would not just be a new structure, but a new technology.