The Lost Art of the Classy Paramour 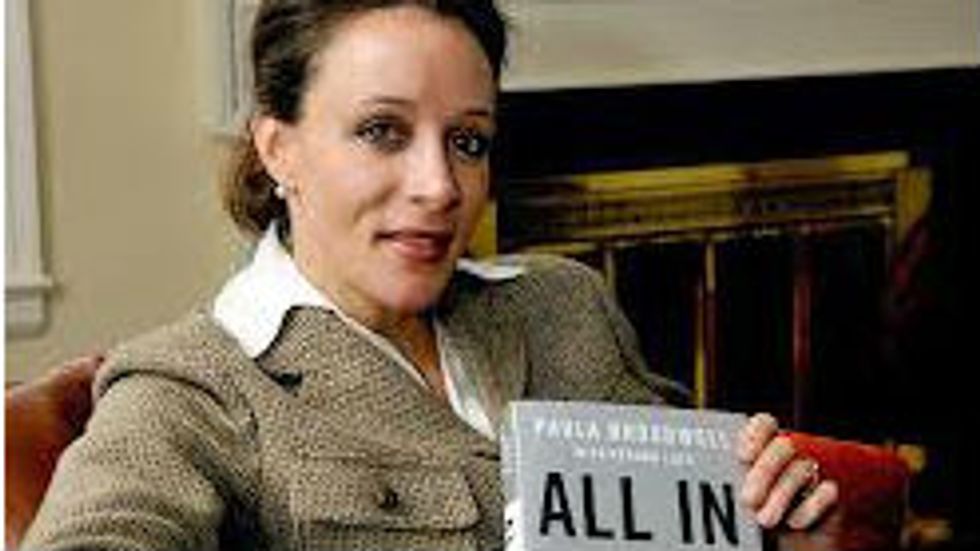 One of the sadder but less noted aspects of this lurid Petraeus business is that not only did he cheapen his public service legacy and career with this affair, Paula Broadwell also dishonored the dignity of her work, as a writer and researcher (and as I wrote in an earlier column, if your job entails national security, then you’re not in a “mistress-friendly profession”).

There must be a thousand adages out there about not “playing” where you work or live. Apparently that was one too few for Petraeus and Broadwell.

For women who take their profession and careers seriously, there is a kind of collective humiliation in seeing a woman tarnish the integrity of her work by sleeping with someone in her professional back yard—in this case, the very subject of her biography.  I have that same feeling when I see an 18-year old undergraduate fawning over a much older and sexually desiccated professor, or vice versa, when the professor doesn’t have the ethics, self-regard, or common sense to understand and resist the obvious transferential dynamic. It sets us back decades.

Would-be paramours: don’t cheapen your life’s work and brain by choosing professional neighbors as lovers. The work itself—whatever it may be—should be too important for that.

I was chatting with a dear friend about the Petraeus affair, which she tells me makes her want to vomit, and I mentioned how Broadwell had discredited the integrity of work with the affair.

My friend astutely pointed out that not only did she dishonor her career, she also dishonored the affair itself and her life as a mistress:  “She went Fatal Attraction,” my friend commented. “She had no dignity for her affair. I do think there is such a thing as a classy mistress, dignified infidelity.” But instead Broadwell “put her career, his career, her family, his family, on the line.” Indeed, their destructiveness as lovers has been morbidly elegant, and total.

It might sound paradoxical, the idea that there is a dignified way to have an affair, or what another friend calls “controlled and managed adultery,” but there is indeed an art to being a discreet, non-vindictive, classy paramour.

Just as we think about “good divorces” or at least better divorces, there are better and worse ways to cheat.

But several things work against the fine art of the classy mistress today. One is the media.

If you’re entangled with a public figure, it’s harder to be discreet and classy when the media refuses to be. Even the most circumspect, gentle mistress will become the mute instrument of destruction if the media insists on blabbing and disclosing its lurid tidbits.

And then, after having violated the erstwhile journalistic rules of sexual discretion toward political figures, the media will self-marvel at the stupidity of it all, and even tsk tsk the public’s prurient interest—as if they weren’t the ones who created the spectacle, and who shattered the conspiracy of discretion that protected us from this sort of “news” just 50 years ago!

Another factor that works against the classy mistress is that she no longer has a recognized social place or function.

However morally suspect that place might have been hundreds of years ago, at least it existed. A mistress wasn’t forced by default into “competing” for the position of the wife, because she had her own sense of who she was, and it had some social elaboration, recognition, and ritualization, even if the position was sporadically condemned (when not celebrated). This made classier co-existence more plausible.

Another factor that imperils the classy paramour is the greater significance placed on romantic, purely sexual definitions of fidelity in contemporary marriage.

In the 1950s, and further back in time, the concept of “marital fidelity” had a few, reinforcing meanings and interpretations. Since wives didn’t have access to the same high-paying jobs and economic independence that they do today, for some marriages, “fidelity” was demonstrated and proven in financial support. The husband agreed to support his family, and this was a very real kind of loyalty and commitment to the marriage (even if he also got some on the side).  But many wives have the means of self-support now, so this kind of marital fidelity doesn’t feel as urgent, or real.

The husband also gave “his name” and “respectability” to his wife and children by staying married, and this social legitimation—of making a woman a wife—was a sort of gift, even a lasting fidelity. So long as he didn’t shame her by divorce, he could get some on the side. A friend recently told me of an acquaintance in Italy, whose husband had had a long-term mistress. The family wasn’t thrilled about that, but it was tolerated, since he still supported his wife and children, and was still married. The real scandal erupted when the couple divorced. The affair could be absorbed, but not this deeper violation of marital fidelity and commitment. Not the divorce.

Many decades ago wives might have demonstrated fidelity in housekeeping and childrearing. But these functions are now shared, in marriage and in divorce, with joint custody.

That leaves sexual fidelity, and exclusive intimacy, as the sole repository of “fidelity” in contemporary parlance. The amplified place of sexual fidelity as marital fidelity writ large raises the stakes on infidelity, psychologically.  It fuels operatic weirdness and rampant, crazed indiscretion like we see in this case.

So the art of the classy paramour is harder to perfect. But not impossible. Would-be mistresses and lovers:  if you are going to sin, sin nicely… sin classily…sin humanely and non-vindictively. You’ll be doing us all a favor.