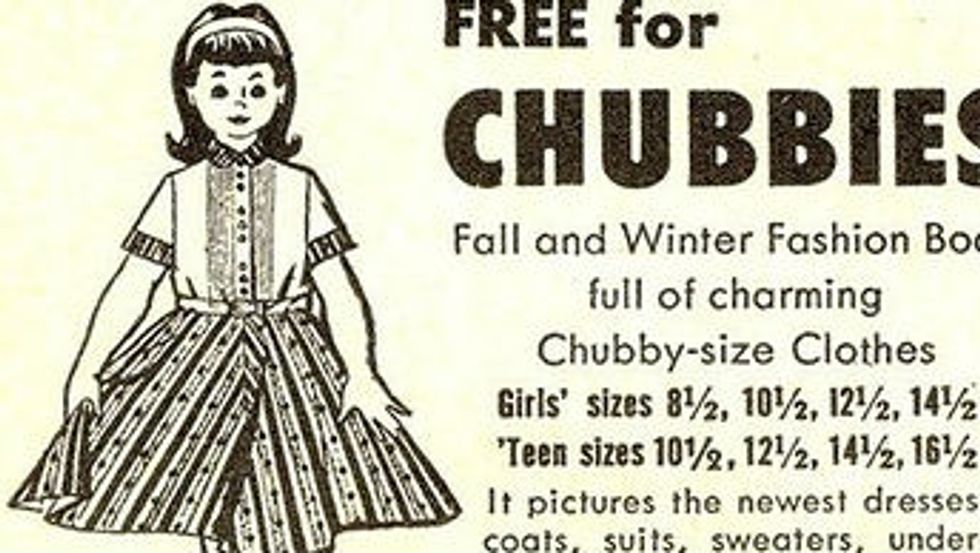 Okay. I’m going to take a deep breath, and remember my mantra: Each and every day, life challenges me not to kick a jerk in the shins.

I’d actually qualify for the privilege of buying your clothes, Mr. Jeffries, although they bore me. When I was in high school I would have been one of those people whom you imagined “cool” because I was skinny, and 5’8”. But even some high school kids are more sophisticated about what makes someone cool than to correlate it to dress size.

Come to think of it, there were no “cool kids,” per se, in my high school—just groups of friends in an extremely diverse and large urban school, each of which happily hewed to their own definition of what it meant to be cool.

But even though you’ve deigned to make clothes in my size, rest assured I will never buy them. Your comments are precisely what consumer activism is for. This is America. You get to say whatever you like, and we get to boycott whatever we like when you do.

Business Insider headlines that Abercrombie “refuses to make clothes for large women.”  By the same token, I refuse to buy clothes from a**holes.

Instead of saying that you were limiting your sizes in order to attract cool people, I wish you’d just said, “I only make these sizes because I’m unimaginative and believe in superficial things and I enjoy promulgating shallow criteria of human worth, style, coolness, and beauty through my clothing  enterprise.”

But let’s move on.  I hate to tell you this, but Abercrombie and Fitch isn’t cool.

Your clothing lacks panache, or presence. It doesn’t convey the cutting, leading-edge, editorial view and vibe that coolness, and fashion, require. The women’s looks are dull, and the men’s clothes, especially the sweaters, used to remind me of things that a British World War I veteran suffering from shell shock might have worn as he wandered about his village.

The most cool girl in my son’s 5th grade class got that way by inventing and tweaking random design ideas of her own, and then wearing them with such style and creativity that other girls naturally wanted to be like her.

Your comment sent me tripping down memory lane, to my middle school years. There were a few cool people in my middle school. Perhaps the coolest wouldn’t have fit in your Procrustean clothes.

This cool woman was on the chunkier side, and had a boyfriend who was similar. She had flaming red hair and a wicked wit. She was cool not because she bought your clothes at the mall, or was skinny, but because at a time when the rest of us—even the skinny ones!—were so excruciatingly awkward and shy in our bodies and personalities, she was self-confident, smart, witty, assertive, and funny.

She also didn’t make fun of other students based on their bodies or size, which came across as what it was: an act of social wisdom, sophistication, and discernment in an insecure time of life. You should follow her lead.

She started lots of fashion trends, none of which involved Abercrombie and Fitch, I can assure you. She used to shop for weird clothes at this secondhand thrift store called The Purple Heart. She’d come out with yellow corduroy jeans, or customized 1950s house dresses with combat boots, and she wore them so confidently. So when I wanted to be cool like this girl, I begged my mother to go thrift store shopping.  Of course, it didn’t work. I managed to find a pair of colored corduroys, yes, but they didn’t look or feel right on me, because I didn’t have her insouciance and confidence. Size was uncorrelated with coolness.

The other day I was reading through quotes from one of my favorite Baltimoreans, director John Waters, and he sums up perfectly clothing and cool and the essence of what he calls “Fashion Leadership:” “Go to the thrift shop and buy the worst thing that the coolest kid in school would never wear. It’ll be the worst thing that’s most ‘out.’ Buy it and turn it into something that’s funny, and witty. Fashion is confidence. If you can get away with wearing it, it’s a new style.”

By that and many other standards both sartorial and moral, Abercrombie and Fitch, you are totally uncool.