The shape of the universe may be spherical and closed, not flat, according to data collected in 2018 by the European Space Agency’s Planck satellite.

Scientists have long considered the universe to be flat like a sheet of paper. In other words, if you shoot a beam of light out into space, it would keep going in a straight line, potentially forever. This supposition is based on years of observational data, cosmological models and work in theoretical physics. It also fits with scientists’ conventional understanding of inflation, the period after the Big Bang during which the universe rapidly expanded.

But a new paper published in Nature Astronomytells a different story, one that says that if you shoot a beam of light into space, it’d eventually come right back to the same spot.

Using data from the Planck space telescope to study ancient light throughout the universe called the cosmic microwave background (CMB), a team of scientists found much more “gravitational lensing” than was included in most models of the universe, suggesting the universe is closed. The findings represent a “cosmological crisis” that calls for “drastic rethinking,” according to the researchers. 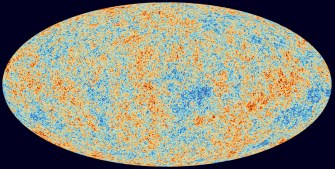 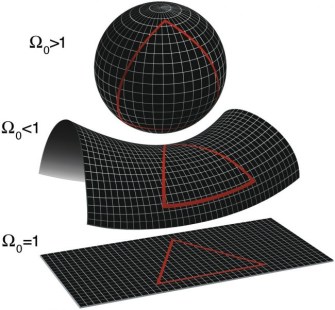 Scientists have already calculated that if the universe exceeds a “critical density,” it would close in on itself, assuming something like a closed, spherical shape. The team behind the new paper said the Planck data suggests the universe is 41 times more likely to be closed than flat.

“This is the most precise cosmological data and it is giving us a different picture,” co-author Alessandro Melchiorri, of the Sapienza University of Rome, told New Scientist. “We need a new model, and we don’t know what that is yet.”

Still, the new paper does not prove that the universe is closed. After all, the paper constitutes just one interpretation of one Planck dataset, and scientists could spend eons examining different parts of the CMB, finding strange statistical anomalies along the way. Other analyses of Planck data, for example, did not find anything to suggest a closed universe. And a closed universe would make it even harder for scientists to explain cosmic phenomena like the Hubble Constant, which describes the rate at which the Universe is expanding.

“Given the other measurements,” Graeme Addison, a cosmologist at Johns Hopkins University who was not involved in the Planck analysis or the new research, told Quanta Magazine. “the clearest interpretation of this behavior of the Planck data is that it’s a statistical fluctuation. Maybe it’s caused by some slight inaccuracy in the Planck analysis, or maybe it’s completely just noise fluctuations or random chance. But either way, there’s not really a reason to take this closed model seriously.”

The first human that isn’t an Earthling could be in our lifetime.
▸
5 min
—
with
Robert Curbeam
Up Next
The Present

The green market is growing exponentially. But will the U.S. seize the economic opportunity?