It’s called the “overview effect.” You know, the renewed appreciation and protectiveness that astronauts orbiting the globe come to feel looking down on our precious Earth. The sense of profound awe and gratitude that we find ourselves in a place so special among the cold, vast emptiness of space. Now a study from Washington State University (WSU) says there are lots of planets out there better than this one. 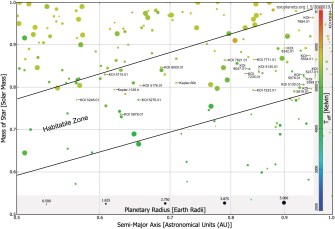 The 24 candidates in their habitable zone near K dwarf starsCredit: Schulze-Makuch, et al./Astrobiology

On the other hand, all that desirable real estate is pretty far away — none of these 24 “superhabitable” planets are less than 100 light years from Earth. They were identified in a study led by geologist Dirk Schulze-Makuch of WSU and Technical University in Berlin, Germany. He was joined in the research by astrophysicists René Heller of the Max Planck Institute for Solar System Research in Germany and Edward Guinan of Villanova University.

The open-access study is published in the journal Astrobiology.

Ignoring the possibility that other planets might be even more likely to support life than ours is, after all, like someone insisting they live in the best country in the world without having visited any others. The study puts it this way: “Neglecting this possible class of ‘superhabitable’ planets, however, could be considered anthropocentric and geocentric biases.”

In searching for superhabitable planets among the 4,500 known candidates, the scientists were not so much looking for somewhere for us to escape to as they were spotting planets that were most likely to be populated by intelligent life. Their hope is to offer up interesting targets for future investigation by instruments such as the European Space Agency’s PLATO space telescope, as well as NASA’s James Webb Space Telescope and LUVOIR space observatory.

“With the next space telescopes coming up, we will get more information, so it is important to select some targets. We have to focus on certain planets that have the most promising conditions for complex life. However, we have to be careful to not get stuck looking for a second Earth because there could be planets that might be more suitable for life than ours.”

Before one can go searching for superhabitable planets, once must figure out what that word means.

The scientists first had to work out the type of sun a superhabitable planet would be most likely to orbit. Interestingly, they decided against dwarf type G stars — also known as “dG stars” — similar to our own sun. After all, they write, “Since it took about 3.5 billion years on Earth until complex macroscopic life appeared, and about 4 billion years for technologically advanced life (us), life on many planets orbiting dG stars may simply run out of time.”

Another issue is that young dG stars spin 10 times as fast as our mature Sun now does, producing “high levels of magnetic dynamo-driven activity and very intense coronal X-ray and chromospheric FUV emissions, which makes the origin and early evolution of life challenging.”

The study settles on planets orbiting type K stars. These stars are a bit cooler than ours and less luminous, but they live a long time, longer than the Sun, from 20 to 70 billion years. This would give their planets more time to get life going. 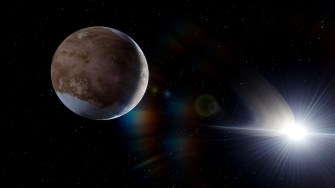 Planets with a greater mass than ours were deemed desirable for a few reasons, so long as they were not so big as to become gas giants and so on. These planets would have robust, thick atmospheres, slightly higher temperatures for nurturing life, and lots of elbow room: “This would have advantages for the distribution of species and settlements of islands and continents.” 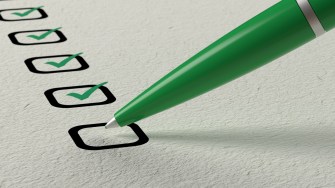 The researchers also settled on an environmental checklist for superhabitable planets. Based on the conditions that allowed life to form on Earth, a planet would have to have the following life-supporting conditions as explained in the study:

Of the superhabitable candidates the study detected, none totally meet the researchers’ criteria, though one has four of them, meaning it may be more likely to have life on it than Earth did, and it might be a place we could consider quite comfy.

Concludes Schulze-Makuch, “It’s sometimes difficult to convey this principle of superhabitable planets because we think we have the best planet. We have a great number of complex and diverse lifeforms, and many that can survive in extreme environments. It is good to have adaptable life, but that doesn’t mean that we have the best of everything.”

Tags
astrobiologycosmosextraterrestrial lifeplanetsspacesununiverse
In this article
astrobiologycosmosextraterrestrial lifeplanetsspacesununiverse
Related
The Universe in 90 minutes: The Multiverse, time, free will, God, & more
Everything you ever wanted to know about the Universe, explained by physicist Sean Carroll.
▸
1:33:47 min
—
with
Sean Carroll
Life
“I went to space and discovered an enormous lie”
What astronaut Ron Garan saw in space changed his life forever – here’s what it taught him.
▸
8 min
—
with
Ron Garan
Videos
The true story behind Carl Sagan’s cult classic, Contact
Do aliens dream about meeting us, too?
▸
with
Jill Tarter
Videos
NASA astronaut explains humanity’s trajectory to Mars
The first human that isn’t an Earthling could be in our lifetime.
▸
5 min
—
with
Robert Curbeam
How Earth’s 23.4° tilt makes life beautiful
Rituals come as much from religion as they do from the way Earth spins around the Sun.
▸
4 min
—
with
Sasha Sagan
Up Next
Starts With A Bang
No, There Isn’t A Black Hole At The Center Of The Earth
Even in the most exotic scenario imaginable, they still can’t remain stable in the Earth’s interior.It’s well known among scientists that if you submit even the most nonsensical paper to […]