Scientists discovered that Earth was likely quite flat during it’s so-called middle ages. Not flat as in conspiracies that don’t believe our planet is round, but lacking in mountains. It was also a period of little growth of life. In fact, this stretch of time from 1.8 billion to 0.8 billion years ago is also known as the “Boring Billion” and referred to as “the dullest period in Earth’s history.”

Nothing dull about what the researchers found, however, by studying the chemical element europium, embedded in zircon crystals. Their analysis revealed that during the Boring Billion, the absence of tectonic activity that’s crucial to mountain creation also slowed the nutrient cycling vital for the evolution of life.

The research involved studying zircon crystals from around the globe, carried out by teams from Peking University, the University of Toronto, Rutgers University, and the University of Science and Technology of China. They based their work on previous findings that showed a connection between the amount of europium located inside a zircon crystal and the thickness of the Earth’s crust when the crystal was formed. A larger amount of the europium meant more pressure pushing down on it from above. This indicated that the crust was thicker.

The scientists, led by Ming Tang from Peking University, found that during the so-called middle or “Boring” period, Earth’s crust was thinner than it is now. There were no mountains and the surface was all oceans and flat land masses. This indicated to the researchers that tectonic activity likely stopped or at least slowed majorly for about 1 billion years. Tectonic activity is known to push mountains up, leading also to erosion that enriches oceanic environments and fosters evolving life. If such a cycle was disrupted, evolution would have slowed to a crawl. This is what previous studies have suggested for that time period. 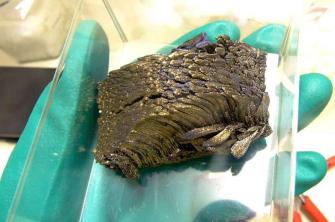 Why did the tectonic activity stop? And why for such a long time? The researchers do not know yet, but think the answers may lie in the creation of the ancient Nuna-Rodina supercontinent, which could have affected the thermal structure of the planet’s mantle.

Check out the new paper on the history of mountain formation (or “orogenic”) processes published in Science.

The quantum world is one in which rules that are completely foreign to our everyday experience dictate bizarre behavior.
Health

Caffeine does something, but it’s not clear exactly what.
Hard Science

It’s on a 100,000-year timescale, though, so the next few centuries might not be so comfortable.
The Present

Leftover Cold War-era bunkers are still kept in a state of readiness to protect the population from nuclear war.
Up Next
Starts With A Bang

Do Objects Get More Massive When They Move Close To The Speed Of Light?

The concept of ‘relativistic mass’ has been around almost as long as relativity has. But is it valid?No matter who you are, where you are, or how quickly you’re moving, the […]