NASA and startup Axiom Space plan to attach a “space hotel” to the International Space Station, a major step in the years-long push to privatize the aging station.

Axiom Space, a Houston-based space station manufacturer that was co-founded in 2016 by former ISS program manager Michael T. Suffredini, won a competition among other private space companies to connect a “habitable commercial module” to the space station’s Node 2 forward port. Axiom and NASA are still negotiating the terms of the contract, but the ISS add-ons will reportedly include:

Axiom said these three modules will form the “Axiom Segment,” with the first module launching in 2024. According to NASA Spaceflight, Axiom has already signed a $55 million contract with a prospective space tourist. What’s included in that price tag? For starters: 10 days in microgravity at an altitude of 250 miles, which would allow “private astronauts to truly live the experience of life in space,” Axiom wrote in a blog post. 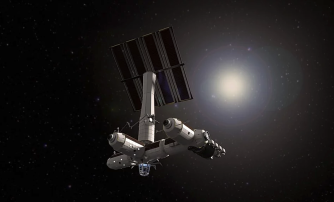 But first, space-tourist-hopefuls would have to pass through physical and medical exams, and 15 weeks of expert training. After that, the trip sounds pretty comfy:

“There will be wifi,” Suffredini told the New York Times last year. “Everybody will be online. They can make phone calls, sleep, look out the window. […] The few folks that have gone to orbit as tourists, it wasn’t really a luxurious experience, it was kind of like camping. […] Pretty soon we’re going to be flying a butler with every crew.” 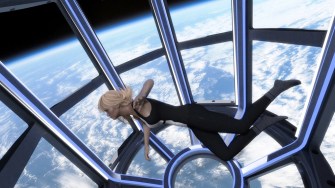 A render of the ISS tourist experience.

“Developing commercial destinations in low-Earth orbit is one of five elements of NASA’s plan to open the International Space Station to new commercial and marketing opportunities. The other elements of the five-point plan include efforts to make station and crew resources available for commercial use through a new commercial use and pricing policy; enable private astronaut missions to the station; seek out and pursue opportunities to stimulate long-term, sustainable demand for these services; and quantify NASA’s long-term demand for activities in low-Earth orbit.”

NASA’s push to privatize the ISS

When a Russian rocket launched the first module of the ISS into space in 1998, NASA expected the space station to operate for about 15 years. But the agency has extended the life of the ISS twice, with funding currently set to expire in 2024. NASA spends between $3 and $4 billion per year operating and shuttling astronauts to and from the station. That’s a decent chunk of the agency’s $22.6 annual budget. What’s more, the “major structural elements” of the ISS are certified only through 2028.

Meanwhile, NASA has been eyeing other projects, namely: putting humans back on the moon in 2024 and establishing a lunar presence. So, to save and redirect money, the agency has been starting to hand over the aging space station to the private sector, which could use it for commercial research and space tourism.

But some have questioned the move to privatize the ISS, including NASA’s own inspector general, Paul K. Martin.

“An obvious alternative to privatization is to extend current ISS operations,” Martin wrote in a 2018 report. “An extension to 2028 or beyond would enable NASA to continue critical on-orbit research into human health risks and to demonstrate the technologies that will be required for future missions to the Moon or Mars.” 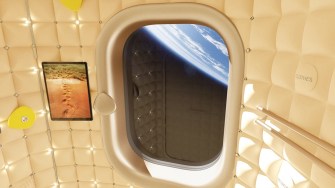 Martin noted that “research into 2 other human health risks and 17 additional technology gaps is not scheduled to be completed until sometime in 2024,” meaning that any slip-ups in the process would mean such research might go uncompleted. He also wrote that it’s “questionable” whether the private sector could turn a profit on the ISS without “significant” government funding. The Institute for Defense Analyses, a federally funded research and development center, also found that it “is unlikely that a commercially owned and operated space station will be economically viable by 2025.”

The implication is that, if the ISS is handed over to the private sector, taxpayers could end up indirectly supporting space tourism for the ultra-rich. Whether that’s worth any of the research benefits that might come from the ISS post-2024 is anybody’s guess.

As the ISS enters its final years, China plans to complete construction of a manned space station in 2022.

As the fabled star continues to dim, the world holds its breath and hopes. Here’s what’s in store when the fateful day arrives.The stars in the night sky, normally static and […]