Humans have an innate curiosity that we carry with us from birth. A child’s eye is always roaming about, questioning and wondering about this strange new world. Unfortunately, as we grow older and develop into adults that once ephemeral and magical quality about the world diminishes and for many that light dies out.

It could be that our creative endeavours whither and wane until we’re forced into lines of thought and work that aren’t fulfilling. Or even our desire for knowledge ironically is diminished by the education system. Conversely, we may begin to delve so deep into one minute area of life that we lose sight of the overall experience of existence. Both of these extremes are far too common in work, education and even scientific exploration.

Our focus is on the latter and how overspecialization in education and science can sometimes be a curse to progress. Let’s first look at something a lot of people can relate to — the feeling of discontent or boredom when learning or doing something old and repetitive. 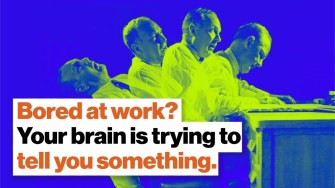 An evolutionary drive to keep us curious

Dan Cable, a professor of organizational behavior at the London Business School, in a video with Big Think, spoke about a phenomenon within a certain part of the brain. The ventral striatum — or, as he calls it, “the seeking system” — is a part of the brain that urges us to explore the boundaries of what we know.

Cable says of it: “It’s urging us to be curious innately from a young age… Evolutionarily this system was developed to help us to keep us learning.”

Throughout history, this simple fact of the mind — this driving force behind innovation and progress — is partly responsible for great inventions, innovations, and for the legendary men and women who’ve dedicated their lives to achieve their higher ideals.

The end result of this furiously creative drive has been a well-rounded and often multi-disciplinary erudite understanding of various concepts in many fields and disciplines. This is the founding ideal behind the polymath or Renaissance man.

But something happened along the way that has made general knowledge and excellency in multiple fields a rarity. Although it might not sound related, at first, Cable makes a connection between the loss of craftsmanship and individualistic work of a whole process in exchange for extreme efficiency in areas of commerce. This same type of situation is also occurring in academia on multiple educational levels.

The dangers of overspecialization in education

Students in higher education and scientists thrown headlong into their fields of inquiry rarely cross disciplinary boundaries, but doing so is crucially important for advancement in knowledge. Big ideas come from understanding the larger picture and by making connections that aren’t confined to some opaque subfield.

Today, a student might pursue an undergraduate degree in chemistry and then go on to focus on astro-chemistry for a Master’s degree and then for a PhD they’re doing detailed research on a hypothetical chemical reaction in some obscure galaxy light years away.

While they might be the leader in that specific area, they’ll know relatively little about the different branches of chemistry dealing with psychoactive drugs or algorithms detailing the best chemoinformatics practices.

With so many different specialized subfields that have been developed and siloed off into their own occult languages, different fields in the same branch of science begin to look like a reading out of an 18th-century grimoire.

Specialization may be necessary and delving deep into a subject as well is still probably worth the effort, but keeping an eye of the greater knowledge of the field and other areas of inquiry cannot be understated. 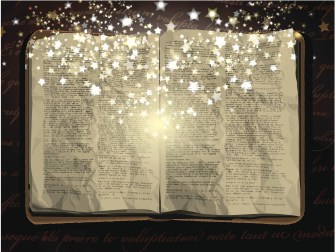 Oftentimes, the solution to some medical mystery or scientific problem requires that we approach it from multiple directions. We often forget that these distinctions and over specializations are of our own making. Nature does not discriminate and split itself off into branches of being. That is our own doing.

In order to compartmentalize and try to slice off smaller pieces of the mystery, we’ve developed an insane amount of “majors” in the university curriculum. A millennia ago, universities often only split their faculties into areas of medicine, law, arts, and theology. The modern era has brought us hundreds of different subjects to completely engross ourselves into.

The more specialized we become in one area, the less time we have to dedicate and develop ourselves in connection with other equally important disciplines. Put a classics major and a theoretical physicist in the same room together and have them explain what they’re working on. They’re not speaking the same language anymore…

In some regard, there is a necessity to be a specialist in some way. But the world also demands that many of us be adept at interacting between disciplines and communicating complex ideas in multiple fields of knowledge.

Darwin, Descartes, and Maxwell all believed in these science ‘demons.’
▸
7 min
—
with
Jimena Canales
Up Next
Health

Scientists in Japan have genetically modified chickens to lay eggs containing an extremely valuable protein that helps treat cancer, hepatitis and multiple sclerosis in humans.The cost of one of these […]