Look up to the sky during the early hours of December 14 to see what’s likely to be the best meteor shower of 2018.

The Geminid meteor shower will be visible from most parts of the planet, particularly in the Northern Hemisphere in areas with clear, dark skies. Stargazers will first be able to see it after tonight’s sunset, and NASA estimates the shower to peak around 2 a.m., your local time. That’s when the quarter-moon will have set, providing particularly dark conditions, unlike in 2017 when a “super moon” made it hard to see the shower. At tomorrow’s peak, viewers may see up to 100 meteors per hour.

The meteors come from an object called 3200 Phaethon. Every December, Earth passes through a massive cloud of debris shed by the object, causing dust and grit to burn up and illuminate as “shooting stars” in the atmosphere. Since it was first recorded from a riverboat on the Mississippi River in 1833, the Geminid meteor shower has grown more intense with each passing year.

Scientists still aren’t quite sure whether 3200 Pantheon is an asteroid or an extinct comet. The existence of another object in our solar system — an Apollo asteroid named 2005 UD — with a similar orbit has caused some to think 3200 Pantheon was once part of a larger body that split up a long time ago.

“Most shower meteors are shed by comets when their orbits take them into the inner solar system, but the Geminids may be the debris from this long-ago breakup or collision event,” NASA workers wrote in a blog post. “When you consider that the Geminid meteor stream has more mass than any other meteor shower, including the Perseids, whatever happened back then must have been pretty spectacular.”

How to get the best view

To see the most meteors, NASA astronomers suggest to travel as far away from city lights as possible.

“Find the darkest place you can, and give your eyes about 30 minutes to adapt to the dark,” they wrote. “Avoid looking at your cell phone, as it will mess up your night vision. Lie flat on your back and look straight up, taking in as much sky as possible. You will soon start to see Geminid meteors.” 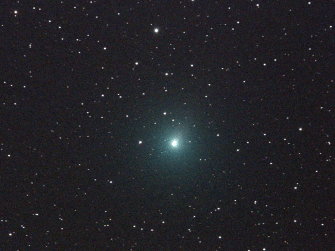 You might also catch a glimpse of a comet making a rare appearance in the night sky.

“And while you’re scanning the sky for Geminids, you might notice a small, faint ‘ghostly’ green patch in the constellation of Taurus — that’s Comet 46P/Wirtanen, which will be making its closest approach to Earth (7 million miles) for the next 20 years,” NASA’s team wrote. “We are actually going to have a comet visible to the unaided eye this holiday season!”

Eugenics is bad – but understanding DNA is good.
▸
4 min
—
with
Kathryn Paige Harden
Up Next
The Present

The rocket reached an altitude of 51 miles, meeting the Federal Aviation Administration’s definition of space.