On Qingming, or “Tomb Sweeping Day” last April, an estimated 520 million people across China tended to the final resting place of their loved ones. Or at least it’s supposed to be final. According to the Chinese Graves Project, 10 million bodies have been exhumed and reburied in just the last decade to accommodate China’s ongoing hunger for usable space. “Even the dead can’t find a place to live,” according to history professor Tom Mullaney of Stanford University.

The Chinese Graves Project has counted millions of Chinese government notices to families demanding that they move their dead, with the understanding that if the families don’t, the government will. To say that this is troubling is an understatement: For many Buddhist, Taoist and Confucian Chinese, honoring their burial sites isn’t merely symbolic — it’s critically important to the journey of their deceased family members in the afterlife, and people pray to their ancestors of protection. Failing to show the required respect risks turning their departed into troubled souls. Ghosts. This has been the main custom in China for a thousand years, since the Shang Dynasty. 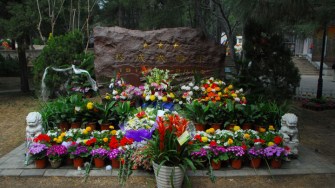 While China’s problem with space is acute and its response characteristically organized and intense, the country is hardly alone in running out of room for the dead. In England, coffins can now be stacked four high in the ground, in Greece they re-assign grave sites every three years. And there appear to be five-year waiting lists in Hong Kong and Singapore for space in cremation niches.

Though a shortage of usable land in China is a logical outgrowth of their population of nearly 1.4 billion, there’s likely something else doing even more to drive their ancestors from the ground: Greed. Mullaney, who leads the Chinese Grave Project, tells OZY that the exhumations are really about “the pernicious side of rampant real estate development.” Continual construction is seen as important to sustaining China’s economy, and it’s highly lucrative for real estate developers looking for riches in China’s new economy. Cementing the development binge is that real estate taxes provide an invaluable income stream for the Chinese government.

“Inhumation,“ the burying of a casket, isn’t the way the body of a loved one in China may be honored. There’s burial at sea, tree burial — placing the body on a large tree — cave burial, sky burial — leaving a corpse exposed for consumption by vultures — and cliff burial, which involves placing the corpse’s coffin atop a cliff. However, all of these leave bodies behind, taking up space that could be developed.

For 30 years the Chinese government has promoted cremation as a space-saving measure before embarking on their current — and controversial — campaign of funeral reform, or binzang gaige (殡葬改革). Families are encouraged to consider sharing tombs, make them smaller, and reduce headstone sizes. Vertical burials are encouraged in densely populated areas. Sea burials and tree burials — where one’s ashes are planted with a new tree — are the recommended eco-friendly choices. Best of all, according to the government, are funerals that leave no ashes behind at all.

China’s grave relocation efforts are the largest ever seen, and it’s understandably profoundly troubling to many Chinese. After one of the largest relocation endeavors occurred in 2012 in Zhoukou city of Henan province, a response video with the line “I fear grave-flattening (wo pa pingfen or 我怕平坟) style” went viral in China. 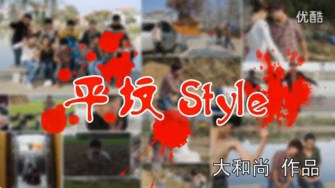 Even the most unorthodox posthumous plans have their own historical, spiritual, and scientific significance.
The Past

A new brain imaging study explored how different levels of the brain’s excitatory and inhibitory neurotransmitters are linked to math abilities.
Up Next
The Present

Democracy needs a new PR team. Polls about the way US millennials view democracy seem shocking, but analyzing their reasoning brings about an unsettling truth.