Rare as they are today, though, it may be that Earth and enstatite chondrites go way back. The rocks are isotopically identical to the Earth — something that’s strikingly unusual — and this has led some to theorize that these may be the very type of early solar system rocks that first clumped together to form the Earth.

E chondrites have generally been considered to be dry rocks, formed as they were in the hot center of the early solar system. However, a new study of pristine samples by researchers from Centre de Recherches Pétrographiques et Géochimiques (CPRG) in Nancy, France reveals that they contain a stunningly high amount of hydrogen and even some water.

“If enstatite chondrites were effectively the building blocks of our planet — as strongly suggested by their similar isotopic compositions — this result implies that these types of chondrites supplied enough water to Earth to explain the origin of Earth’s water, which is amazing!” — study co-author, physicist Lionel G. Vacher of Washington University in St. Louis

The researchers calculate that there would have been enough hydrogen in Earth-forming E chondrites to supply three times the amount of water we currently have in our oceans. That means the Earth was wet from the start, or at least as soon as its E chondrite got far enough away from the Sun for the hydrogen it contains to condense into water.

The research is published in the journal Science. 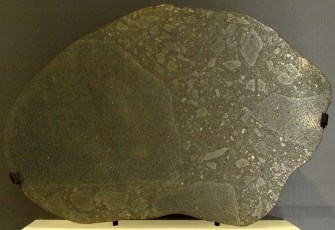 Lead author Laurette Piani of CPRG says, “Only a few pristine enstatite chondrites exist: ones that were not altered on their asteroid nor on Earth.” In acquiring samples for study, the researchers went out of their way not to select meteorites holding water: “In our study we have carefully selected the enstatite chondrite meteorites and applied a special analytical procedure to avoid being biased by the input of terrestrial water.”

As to why this team of scientists were the first to identify high concentrations of hydrogen in E chondrites, Piani suggests it’s due to previous researchers’ bias, saying, “it was commonly assumed that these chondrites formed close to the sun. Enstatite chondrites were thus commonly considered ‘dry,’ and this frequently reasserted assumption has probably prevented any exhaustive analyses to be done for hydrogen.”

Using conventional mass spectrometry and secondary ion mass spectrometry, the scientists did also find water in the meteorites. Recalls Vacher, “The most interesting part of the discovery for me is that enstatite chondrites, which were believed to be almost ‘dry,’ contain an unexpectedly high abundance of water.” In addition to water, the team found substantial amounts of nitrogen they theorize could have aided in the formation of the Earth’s atmosphere, nitrogen being its most abundant element. 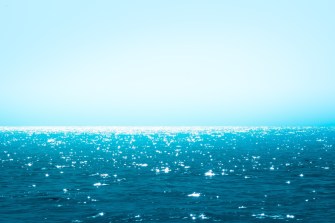 The researchers were also able to add fresh evidence supporting the theory that E chondrites were Earth’s basic building blocks: The meteorites’ hydrogen and nitrogen isotopes turned out to be the same as the planet’s.

“Our discovery shows,” says Piani, “that the Earth’s building blocks might have significantly contributed to the Earth’s water. Hydrogen-bearing material was present in the inner solar system at the time of the rocky planet formation, even though the temperatures were too high [at the time] for water to condense.”

Where did our water come from? It was always right here.

A chemist explains the real reason your family dinner is such a risky ordeal.
Hard Science

What the famous Miller-Urey experiment got wrong

The Miller-Urey experiment showed that the building blocks of life could form in the primordial soup. But it overlooked one key variable.
Life

There are over 100 known elements in the periodic table. These 8 ways of making them account for every one.
Starts With A Bang

Put two grapes close together in a microwave and you’ll get an electrifying result, all because of the physics of plasmas.
Up Next
Neuropsych

A team at Mount Sinai has discovered the neural mechanism behind social isolation.