Earl Lewis became the sixth President of The Andrew W. Mellon Foundation in March 2013. Under his guidance, the Foundation has reaffirmed its commitment to the humanities, the arts, and[…]
Go to Profile 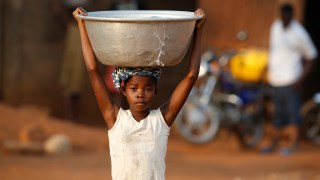 Earl Lewis: Here’s Why the Smartest Scientists Work with Humanists

Through an incredible anecdote, Earl Lewis demonstrates why STEM can't do it alone. Scientists and humanists needs each other, and institutions have a responsibility to continue to fund and nurture the humanities.
▸
6 min
—
with
Earl Lewis

Earl Lewis, President of The Andrew W. Mellon Foundation, believes we have two important terms confused: skills development and education. The first is all the practical abilities that will equip a person for their first job – can you read and write, can you code, do you know the most current techniques of your field? The latter is much harder to quantify and teach: can you think autonomously, and go down a path where the endpoint hasn’t been set out for you? Can you pore through a vast array of information and come up with a new answer, entirely your own?

Lewis was around to see the birth of STEM (science, technology, engineering and math), and tells an amazing anecdote about a few stumbles in the making of that acronym. He then tells a second story, to illustrate that while STEM certainly feels like a priority over other disciplines and trades in the U.S. right now, it’s pivotal that institutions continue to fund and nurture the humanities and that it too holds esteem in public perception.

Lewis tells of a village in West Africa, where contaminated river water was a big problem for the locals. Women would trek down to the river each day and bring preventable infections back with them in their vessels. To remedy this danger, an international agency funded and drilled a well in the center of the village – everyone now had access to safe, clean water. Only the women walked right past the well every day and continued to go to the river bank and bring back contaminated water. The engineers couldn’t understand it, so they brought in anthropologists and gender experts to talk to the women and ask them why they were ignoring this perfect, accessible water?

It turns out the women knew the well water was safer, but it was an important daily ritual for them to be able to walk to the river; to them it was valuable time away from the men and children in the village, and was a scenic and social break from their otherwise domestic existence. On paper, the engineers had put the well in the perfect place, but in practice, they had not understood the complexity of these women’s needs.

It’s the perfect example of how STEM and humanities depend on one another. To fix our world’s most challenging issues, Lewis says, we’re going to need a well-rounded stable of experts from all fields, working as a team.

Earl Lewis and Nancy Cantor recently edited Our Compelling Interests: The Value of Diversity for Democracy and a Prosperous Society. Earl Lewis: A number of commentators over the last decade maybe two decades have talked about what I think of as skills development meaning do you have the requisite skills to be able to enter your first job. Can you read well? Can you write well? Do you have the ability to code, et cetera? I actually think we often times confused skills and skills development with education. An education is actually designed to actually encourage the individual to consider questions they hadn't considered before, to actually be able to assemble a vast array of information and then to synthesize that information and to come up with perhaps what one would think of as new answers. It's not about learning the most recent technique. And the challenge is is that if you only talk about skills development the way knowledge is produced these days a generation is 18 months. And so that means by the time you've actually finish school often times you're already behind the curve and some of that information is obsolete. If you're really truly educated you then learn and you know how to go about pursuing the new acquisition of information and that information that you can then synthesize and apply to what you already know means then that you're not behind the curve, you're keeping pace with the change that's always occurring in both technology and other aspects of American life.

I love STEM: science, technology, engineering and math. I actually can remember circa 1998 being at a meeting at the National Science Foundation and it wasn't even STEM yet, it was SMET: science, math, engineering and technology. And we were all sitting there going are you sure you want to call it SMET? And we came back a year later and it turned from being SMET to STEM and we go why is it now STEM and not SMET? And they said well, believe it or not we were up on Capitol Hill asking for money for SMET and one congress person's aid goes, "Why do we want money for smut?" Misunderstanding and miss hearing what was being said and they realized at that point that they need to re-order the alphabet. And so hence was born STEM.

The long story is that actually it still took another six or seven years for STEM to actually gain some traction because a lot of both public policy makers and others thought of STEM as related to stem cell research and they were hesitant to get into the political cultural wars over stem cell and stem cell research. My colleagues in the sciences persevered and we now hear all over the place we need to make investments in science, technology, engineering and math. While I actually believe we need to do so, I also realize that what I think of are these grand challenges in the world, these gnarly problems that require us to really mobilize a whole array of talent and research, we can't answer those questions only by asking what a scientist would think of it or an engineer. The example I give is one of my favorite examples. I was in a meeting in Atlanta some years ago when I was still at Emory University and we were over at Georgia Tech and our friends at Georgia Tech and colleagues from Emory and former officials from the CDC were sitting in the room talking about water and the need to come up with a solution to clean water.

And they were telling a story about a West African village. And in this West African village there was a need for clean water. The women would trek every day down to the river that was contaminated and that was actually leading to all kinds of infections that could be prevented. So one of the international agencies provided research and dollars for them to then drill a well. The engineers came in and did their survey and drilled the well right in the middle of the village. To their surprise the women walked past the well and kept going to the contaminated river. And the engineers were mystified. Finally the engineers thought well maybe we should bring in some anthropologist and gender experts to talk to the women. They finally did and they asked the women a simple question, "Why are you walking past a well and perfectly clean water to go to the river with the contaminated water?"

And the women said look, we understand that this water is better here, but you don't understand why we walk to the water. It's not only a utilitarian function of retrieving water, it's a way for us to get away from the menfolk in the village, from the children, to break up the routine of the domestic household. For us to have this well right there actually doesn't serve our purposes. So they actually moved the well, they drilled it farther away to both assist the women and allow them to have their cultural practices maintained and to also provide clean water. But it's a case where in this case the scientists need a humanist and the humanists need a scientist. And as I think about the kind of problems that we craft and the ones that we identify, it's really about what is the question being posed? Who are the best interlocutors to be par t of answering that question? And how do we go about assembling the team?

And so for me at the very list least STEM is important, but all over the place when we look at those grand challenges, those gnarly problems, I do come away thinking scientists need humanists and humanists need scientists and we need both to help us solve these problems.