Technically, “S1” is a stream of debris from a dwarf galaxy torn apart by the Milky Way’s gravity, passing through space. What S1 is pulling along with it, though, is being described in a far more dramatic way, as “a dark matter hurricane.” Scientists believe this companion stream of dark matter (DM) is hurtling through us right now at a jaw-dropping speed of 500 kilometers a second. Hence the “hurricane” metaphor. Is it time to head down into our quantum storm cellars? Not quite. This is dark matter, after all, material we can’t directly perceive and with which we can’t interact, so no worries. On the other hand, this blast of DM has the potential to afford us our best glimpse yet of the elusive stuff.

A team lead by Ciaran A. J. O’Hare developed a series of models that predicted what would happen as all of this DM came charging through our solar system, and published research presenting resulting signatures whose detection would signify S1 and its dark matter. 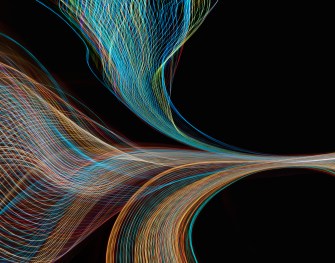 Astronomers have, over time, observed about 30 such streams wending their way across the heavens. S1 was first discovered about a year ago by the Gaia satellite. What makes it exceptionally interesting, though, as the paper says, is that the “stars in S1 impact on the Solar System at very high speed almost head-on. A coherent stream of DM associated with S1 hits the Solar System slap in the face.”

The reason scientists suspect S1 of having a companion stream of dark matter is that its source galaxy seems to have been similar to an existing galaxy, the Fornax galaxy. The paper asserts, “If this prediction is true then the S1 stellar stream must be accompanied by a substantial DM stream.”

Dark matter is a form of matter that cannot be detected by telescopes as it emits no radiation. Image source: Getty Creative

To register dark matter, our best detection devices seek out WIMP — “weakly interacting massive particles” — and axions, both suspected of being component particles of dark matter. With current technology, it’s unlikely we’ll get a glimpse of WIMP, but as particle detectors improve in the future we may, someday. There’s more hope for axion haloscopes finding dark matter, since the energy spectrum the dark matter generates should present a distinctive broad frequency bump with a recognizably narrow peak. This leads the authors of the research to a certain optimism if the dark matter is made up of axions, predicting “truly excellent detection prospects if the DM in our galaxy is made up of axions.” 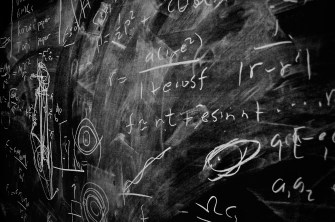 There’s arguably nothing more intriguing in physics than dark matter, which many believe comprises some 85 percent of the universe, all while being imperceptible to us. You’re likely to be in the presence of it as you read this. The hurricane made of dark matter, then, is nothing to fear. In fact, it’s exciting in that it gives our scientists an improved, if long, shot of finally detecting some, testing the limits of our current detectors, and envisioning future ways of solving the mystery of dark matter.

Tags
astronomydark matterdiscoveryphysicssciencespaceuniverse
In this article
astronomydark matterdiscoveryphysicssciencespaceuniverse
Related
The Past
Here is the most terrifying pterosaur ever discovered
Meet your new flying nightmare: Thapunngaka shawi.
The physics of entropy and the origin of life
How did complex systems emerge from chaos? Physicist Sean Carroll explains.
▸
6 min
—
with
Sean Carroll
The Universe in 90 minutes: The Multiverse, time, free will, God, & more
Everything you ever wanted to know about the Universe, explained by physicist Sean Carroll.
▸
1:33:47 min
—
with
Sean Carroll
Life
“I went to space and discovered an enormous lie”
What astronaut Ron Garan saw in space changed his life forever – here’s what it taught him.
▸
8 min
—
with
Ron Garan
Hard Science
10 paradoxes that will stretch your mind
From time-traveling billiard balls to information-destroying black holes, the world’s got plenty of puzzles that are hard to wrap your head around.
Up Next
Health
New study reveals what time we burn the most calories
Once again, our circadian rhythm points the way.