When we think of volcanoes we often picture plumes of smoke and hellfire lava. These are the molten towers from the underworld. But new research has uncovered that ice volcanoes or cryovolcanoes are also just a stone’s throw away in our own solar system. We don’t have to go that far to look for strange features of the universe. These mountainous giants spew ice instead of fire and are active planetary features that many moons, planets and asteroids might all possess.

Scientists recently analyzed images of Ceres, an asteroid 588 miles wide and one of the largest asteroids in our asteroid belt. NASA’s dawn spacecraft flew by and found that Ceres is one of the first confirmed celestial bodies to have multiple cryovolcanoes. A large mountain structure called Ahuna Mons was first discovered in 2016 and subsequently classified as a cryovolcano.

It’s estimated that Ceres forms a new cryovolcano every 50 million years. Studying this asteroid will give scientists more evidence to look for and study Europa, Titan and Pluto to see if they also have cryovolcanoes.

A paper published in Nature Astronomy detailed the findings. Scientists from the project stated:

“Ceres is the only plausibly cryovolcanic world to be orbited by a spacecraft up to now.”

Researchers behind the study looked at images taken by the spacecraft’s onboard camera. They searched for any exo geological features that were dome shaped and larger than 10 kilometers in diameter. Scientists found and measured 22 of these features and found that these domes were composed of 50 percent of ice. On further analysis, it was found that on average these cryovolcanoes on Ceres spewed out roughly 10 thousand cubic meters per year of ice.

It was determined that a cryovolcano on Ceres doesn’t serve an important function say compared to volcanic activity on Earth. But that doesn’t rule out that other planet’s with cryovolcanoes might be function as an important part to the geological pressures and planetary structural systems.

There were some limitations to the study, as this was all researched through pictures and there wasn’t an on the ground rover or robotic presence. Also the scientists weren’t able to get a real time reading of the amount of activity each cryovolcano produced. 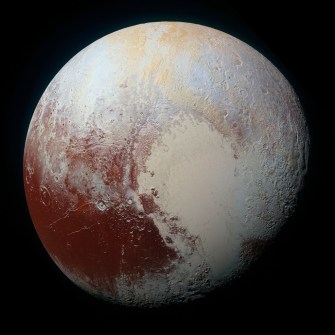 Planetary scientist Michael Sori, utilized calculations made from observations and simulations to uncover the mystery about Ceres’s cryovolcanoes. His theory was that since Ceres is both made out of predominantly rock and ice, the formations on the planet flow and move due to their own weight – similar to how glaciers operate on Earth. The ice flows would then be affected by slight temperature variations throughout the asteroid.

It was observed through simulation with the set parameters that cryovolcanoes on the poles would remain frozen while places in the equator and other latitudes, a cryovolcano would begin to steepen and also grow rounder over time.

Volcanic eruptions on Ceres are much more subdued than what you’d see on Earth. They do not explode, but rather ooze. This output of ice, rock and other chemicals slowly seeps from the openings out onto the rest of the asteroid.

Further research will help yield answers to determine if other suspected formations on other planets and moons may also be cryovolcanoes. After scientists from NASA’s New Horizons mission stitched together a high resolution color view of Pluto, it was thought that an area known as Wright Mons may be a cryovolcano. At 150 kilometers across and 4 kilometers high, it’d be one of the largest in the far reaches of the solar system – proving that this phenomenon is not rare 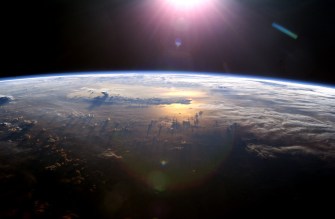 Are there any cryovolcanoes on earth?

There are no cryovolcanoes on earth. The material that erupts out of these formations is either in the form of an icy liquid or gas. Earth simply is too warm for this type of formation to occur, even in the deepest reaches of Antarctica or Greenland, it wouldn’t be possible. The higher surface temperature on Earth combined with its thick atmosphere makes it unable to freeze volatiles that would include Nitrogen, Methane and carbon dioxide for example.

Overall, the processes on other astral bodies make them more conducive spots for hosting a cryovolcano.

Galaxies can die if their star-making stuff is lost. But now it can find its way back.

10 smartest books you can read this summer

Recent books that are sure to add to your intelligence.