Since Earth formed 4.5 billion years ago, it’s been bombarded by countless asteroids, meteors and other space objects. We know of some of the major incidents. The Chicxulub impact crater in Mexico, for example, formed when a meteorite, between 7 and 50 miles in diameter, slammed into the planet 66 million years ago.

But if you rewind further back in history, 600 million years ago, all signs of impacts have been covered up by erosion, volcanoes and other natural resurfacing processes.

The moon is a different story. Without weather and erosion, the 59 large craters on the lunar surface have remained virtually unchanged over the ages. And scientists can study these ancient lunar craters to get a better understanding of the space objects that likely hit Earth in the distant past, before the sands of time concealed the evidence. 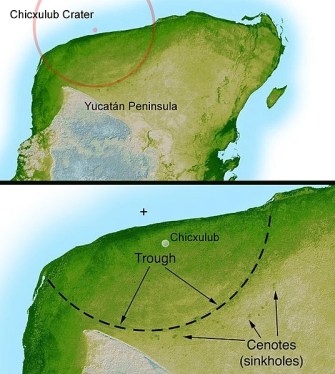 In a new study published in Nature Communications, a team of researchers examined data collected by Japanese Space Agency’s lunar orbiter Kaguya. The team determined that a massive asteroid shower hit the Earth-Moon system about 800 million years ago, when Earth’s early multicellular animals were just undergoing their first splits.

This catastrophic event likely occurred after an asteroid 62 miles in diameter was disrupted and struck both the moon and Earth. The total mass of the shower was far greater than that which created the Chicxulub crater, and it might’ve triggered the ice age, according to the researchers.

By measuring the density of the smaller lunar craters that lie inside bigger ones, the team determined that eight of the moon’s 59 craters likely formed at the same time. NASA data supports this hypothesis. In 1969, the Apollo 12 mission collected lunar samples ejected from the 58-mile-wide Copernicus crater. The samples were estimated to be 800 million years old. 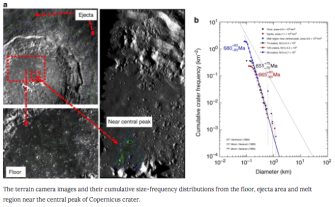 Although no complex animals would’ve been around to witness the impact on Earth, the asteroid shower could’ve brought elements to Earth that “influenced marine biogeochemical cycles” and caused “severe perturbations to Earth’s climate system and the emergence of animals,” the authors wrote.

Catastrophic impacts like these are extremely rare, occurring only once every 100 million years or so. In modern history, the most recent major impact was likely the Tunguska event, which occurred in Eastern Russia in 1908 when a meteor blitzed through the atmosphere and exploded, leveling some 80 million trees over 830 square miles, possibly killing several people.

Michio Kaku believes math is the mind of God.
▸
6 min
—
with
Michio Kaku
Up Next
The Present

We’re safeguarding the world’s seeds in the Arctic, why not our most precious data?