By our count, there are 113 spacecraft in this image. It’s a catalogue of all of the vehicles launched into space so far, from the U.S.S.R’s Luna 2 in 1959 to the U.S.’s DSCOVR in 2015. Every orbiter, lander, rover, flyby, and impactor is here, along with its trajectory. It’s actually an image of a physical poster from PopChart Lab that any space maven could spend some quality time with.

Open another tab in your browser and click here for a zoomable version of the image. (If you’re on your phone, you may want to bookmark this and check it out when you’re near a big screen.)

Each one is numbered here, and there’s a box below with the same number showing the craft that have traveled that route. There are direct routes, and there’s tons of gravitational slingshotting around celestial bodies that provides a craft momentum en route to a more distant destination like Pluto. In some cases, that involves involves multiple orbits around a nearby (relatively speaking) body — check out all the action around giant Jupiter, centrally located and capable of providing some powerful gravitational oomph. 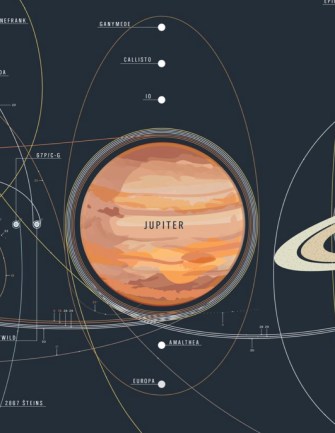 It’s a little hard to keep the flight paths separate visually. There’s a lot of overlap because the countries plotting the courses of these spaceships go with what works, and the math involved is hardly trivial — hey, it is rocket science.

Here’s a little taste of what’s in this amazing image. We’ve kept all of the examples of destinations below in their original scale. 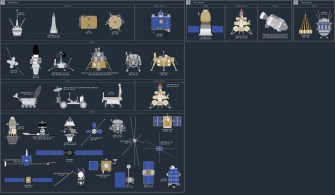 First off, the moon offers a way to learn more about the earth’s history and the history of the solar system. The moon’s surface has been relatively unchanged for billions of years, unlike earth, where tectonics continually shuffle the surface. Industry is interested in potential extractable resources. And of, course, some think it would make a great extraterrestrial base for missions out to space beyond. The Apollo missions remain a high-water mark for humanity as we stepped on another world for the first time. 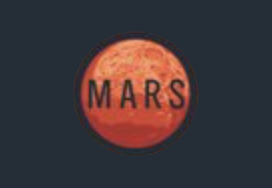 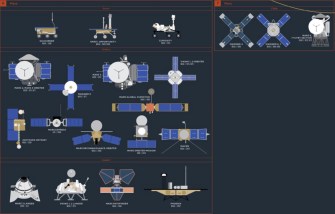 Somewhere to live at some point? Martians? Regardless, Mars past hold a great deal of fascination, with evidence of flowing water and landscapes that resemble areas on earth. NASA’s Mars rovers have provided astounding 360° footage that make Mars the first plant beyond Earth that we can feel like we’re standing on. 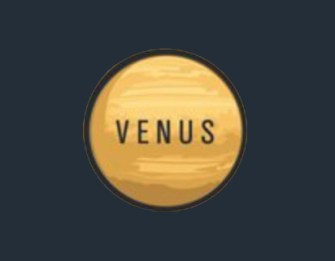 Formerly known as Earth’s “sister planet” — albeit a sister that spins in the opposite direction, is over 900°, and has a crushingly heavy atmosphere — Venus is close by, and so it was one of the first planets to which craft were sent. We know now that it’s so hot due to a runaway greenhouse effect. As such, scientists suspect there are things we can learn about our own atmospheric issues from Venus. Was Venus once habitable? 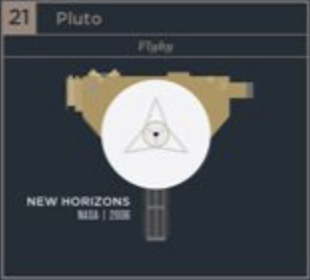 On the farthest planet in the solar system we’ve seen so far — Planet 9, we’re looking at you to take over. Maybe. — is a heart-shaped ice cover that could indicate a subsurface ocean. It was spotted by New Horizons in 2015.

We Can’t Help But Boldly Go

So many spacecraft, and we’re just starting out from earth – the Chart of Cosmic Exploration is already breathtaking, and obviously this post just scratches the surface.

While there’s nowhere we’ve gone or flown past that hasn’t had a totally respectable scientific rationale, it could be argued that the underlying motivation was something larger. The main reason we explore is, of course, our insatiable curiosity. We need to see and understand, and rocket scientists around the world have demonstrated mind-boggling cleverness in reaching out to the stars. Everything we find present us awesome, irresistible puzzles, places that remind us of earth, and finally, places that are just so unfathomably strange that we can only apprehend them in wonder.

Tags
cosmic missionsinfographicmarsmoonnasaPlutoRocketsspace explorationspacecraftVenus
In this article
cosmic missionsinfographicmarsmoonnasaPlutoRocketsspace explorationspacecraftVenus
Related
Hard Science
Cracking a mystery about Vesta, our solar system’s second largest asteroid
How did the troughs form?
Hard Science
Earth’s first puff of oxygen may be thanks to volcanoes
Scientists track down a puzzling early burst of oxygen on Earth.
Hard Science
New research solves the mystery of magnetic moon rocks brought back on Apollo
Surrounding Earth is a powerful magnetic field created by swirling liquid iron in the planet’s core. Earth’s magnetic field may be nearly as old as the Earth itself – and […]
The Future
NASA wants future humans to find this time capsule in space
NASA will use energy from Earth’s gravity to launch the Lucy spacecraft in October of this year.
The Future
Which countries are going to Mars this decade?
We are likely to see the first humans walk on Mars this decade.
Up Next
The Present
Jon Stewart: Stop demonizing the other side
Jon Stewart shares his thoughts on many issues during a recent talk with the New York Times.