A thought-provoking list was published by Business Insider that summarizes some science-based commonalities between smart people. Certainly, this is the perfect place to mention that correlation doesn’t imply causation. So don’t necessarily run out there and get a cat to boost your IQ. Still this information that was gleaned from various studies rings true in many ways. 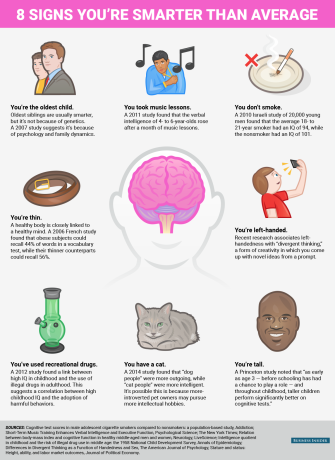 And here are another 7 signs, according to various scientific studies:

What points to intelligence is being a night owl. If you stay up late to do work (not to go out drinking), you are likely to have a higher IQ. Studies have shown that night owls have higher IQs than the much-ballyhooed morning people.

You might also be an introvert. Many introverts can have social anxieties and don’t rush to speak. This can be a sign of thinking things over, an intelligence trait. The majority of gifted kids are introverts.

Another sign of possible smarts is being breastfed. Indeed, some research points to breastfed babies exhibiting higher IQs and having more success later in life. 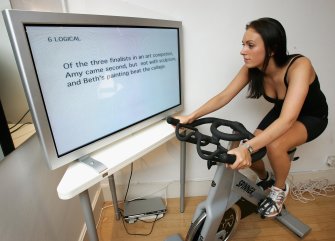 Other things to watch out for to validate your smartness (while trying to stay humble):

Chances are, you are also not religious as several studies pointed to atheists being more intelligent than believers.

Learning to read early on has also been shown to be a predictor of higher scores on cognitive tests by this study.

Being funny is another indicator of intelligence (and being sexy). In yet one more study, students who made funnier jokes were also smarter.

On the flip side, it’s been shown that teenagers with higher IQs tended to bevirgins in high school. Not too surprising, is it?

A female boar’s intelligence, resolve, and empathy stun researchers.
Up Next
Starts With A Bang

Escape from a Black Hole? Not in this Universe.