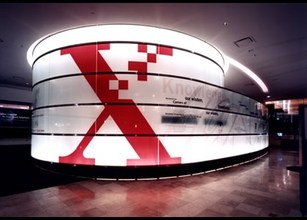 nWhen I listened in on the Xerox conference call a few weeks ago, they mentioned a slew of innovative new products scheduled for the first half of 2007, but they didn’t mention anything about this: an expanded initiative to develop a Google-killer. As Xerox slowly rebuilds itself into a global titan once again, it looks like the legendary Xerox PARC in Palo Alto is working on a natural language search engine to rival anything created by Google or Yahoo:

“A subsidiary of Xerox has signed an agreement to jointly developnand license search engine technology that they hope could lead to thennext Google or Yahoo!. The agreement between Xerox’s Palo AltonResearch Center and Powerset, both based in California, includes anlong-term collaboration and technology licensing, with the Xeroxnsubsidiary providing technology in exchange for royalties and an equitynstake in Powerset.