As print sales decline and new e-platforms pop up everywhere, the future of the book has become a source of widespread speculation. In my previous post I asked: what’s the consensus among people who actually design books as products?

Answer: there is none. But there are all sorts of interesting opinions, several of which I shared last time as part of an informal survey of top designers. As it turned out, the comments section of that survey yielded plenty more, with predictions ranging from sunny to gloomy, from technocentric to aesthetically focused, from conservative to….a little bit far out.

Lettering artist Daniel Pelavin, for one, is excited about all the industry upheaval. “I hope book design will change,” he says; “I’m getting weary of bad typography on top of blurry photographs.” According to typographer John D. Berry, he’ll get his wish: ten years from now, “books will be routinely published in both forms [electronic and print], and the design will be flexible and adaptive, portable between print and a variety of screen presentations.”

E-book editor Greg Freed believes designers will need to resolve some technical kinks surrounding the electronic format, noting the difficulty “of converting some books from InDesign [a software application used by designers] to e-book.” He views the basic problem “as InDesign (and therefore the codex) being a 3-dimensional space (layers of 2-D objects make a 3-D object), whereas an e-book is purely 2-D, since it never stacks, just flows….I largely view the [digital] shift as a reversion to scroll-like text from the codex.”

Art director Barry Deck, by contrast, thinks technological progress will be swift and merciless. Within a decade, he says, “nanotech robots lodged in our synapses will access books as information stored in the cloud.” If this sounds terrifying, don’t worry: it’ll probably happen in the same dystopic future previously envisioned by Victoria Meyers, so only the upper caste of 2021 will experience the cranial invasion of neuro-robotic reading.

Type designer Illarion Gordon actually predicts a grim future for electronic books, suggesting that their day in the technological sun will be short-lived. He explains: “Casual reading will eventually migrate to electronic media of some kind, and it’s hard to say if the e-books will survive as long as ten years. Ten years [ago] we knew nothing of touch interfaces, and look at them blooming everywhere today. But I hope that books will be more carefully made, and once again will become an object of art that should be preserved and owned with care.”

Gordon’s view would be enthusiastically echoed by computer scientist David Gelernter—not a designer or a participant in the survey, but a riveting voice on this subject in Big Think interviews past. In a conversation at last year’s DLD conference, Gelernter called the print book “the greatest design in the history of ergonomics,” “[one of] the most beautiful things we have,” and an object whose disappearance “people are too smart to allow.”

Many thanks to Misha Beletsky for helping conduct the survey, as well as to all the designers who participated and shared their thoughts. And in case you’re wondering where I, as a humble layman, stand on the issue—I side with a forecast posted a few years back by Jeff Barry at the SoroDesign blog. Barry essentially predicts that book design will coalesce around five future models: e-books based on a reflow format (for smaller devices); e-books based on PDFs; books-as-websites; print-on-demand volumes; and traditional print books, design for which he believes will undergo a “renaissance” as it caters to an increasingly discriminating audience. His prediction doubles as a levelheaded prophecy of the future of the book industry itself, a future that I’d join him in describing as “surprisingly healthy.” 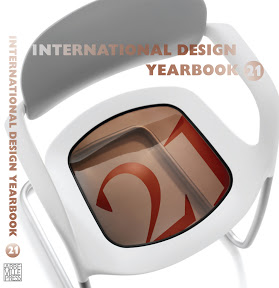 When Frank Bruni was hired as an op/ed columnist for the New York Times, I doubted that he was qualified. His latest column puts those doubts to rest. Bruni is […]