Quick news updates for a Wednesday… 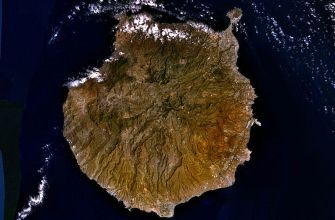 The island (and volcano) of Gran Canaria in the Atlantic Ocean. It last erupted in ~20 B.C.

More on the January 2010 Yellowstone Swarm

More details on the current earthquake swarm at Yellowstone along with a reader-made video showing the seismicity of the swarm.