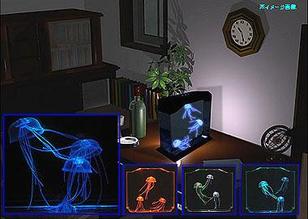 As Amy Chozick of the Wall Street Journal reports, Japan is turning into a hotbed of creativity, thanks to a nascent economic turnaround and a predilection for all things new and trendy:

“Japan has long been a world trendsetter, launching icons like the Sony

Walkman and Honda Civic and sparking crazes for Tamagotchi and the

wide-eyed characters of anime films. But lately, thanks to an economic

transformation a decade in the making, Japan has shifted its

creativity has become one of its biggest growth industries.”

A list of recent innovations found in Tokyo include Jesus-themed restaurants, T-shirts that release Vitamin C to the skin, an earwax camera, Converse sneakers covered in fake jewels and hot-tub karaoke. (Oh, and there’s my personal favorite: the “maid cafe,” where waitresses dressed in black-and-white French maid outfits greet each customer with the phrase, “Welcome home, master.”) One innovation that I can see gaining a foothold in Silicon Valley (home of the lava lamp) is the Banpresto Aquapict Jellyfish Aquarium, which is basically a water tank filled with live jellyfish which are then illuminated by an LED device so as to appear purple, green or pink.

To review the latest in Japanese innovation, check out the archives of JSPY, which was a great “spy” site for Japanese trends. (Unfortunately, much like the recently-deceased Business Innovation Insider, the Jspy blog is no longer live, having passed away in September 2006.)

UPDATE: Thanks to the Wall Street Journal mention, the $145 Banpresto Aquapict Jellyfish Aquarium is now sold out at some online stores and only available via back order!