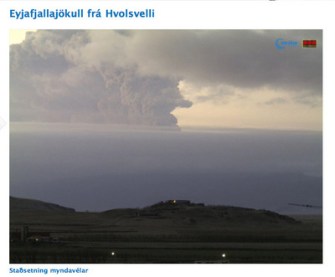 nA webcam capture of the eruptive plume from Eyjafjallajökull on the morning of May 6, 2010.

The Eyjafjallajökull eruption has become more explosive over the last day, prompting new closures of airspace over Ireland and the UK.