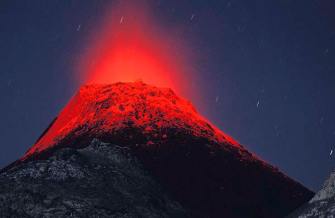 When people think about volcanic mitigation, a lot of time is spent worrying about monitoring and science. There is nothing wrong with this as we need to know what the volcano has done in the past and what it is doing now to predict its future activity. However, a very important piece of the mitigation puzzle is education, because without educating the public of the dangers of the volcano, many times they will not listen to officials when time for evacuation comes (see Nevado del Ruiz, Colombia in 1985). That is why this report from Tanzania is great: scientists going out and educating the people living in the East African Rift, the most volcanically active part of Africa. Spefically, the Arusha villagers near the very active (and oddly carbonititic) Ol Doinyo Lengai will be educated on the threats volcanoes pose.. This will hopefully help people prepare for the next eruption or earthquake in the area, thus reducing the probability of disaster and death in a part of the world that has enough of that already.