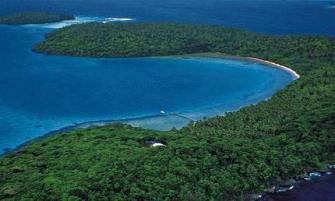 This might not be directly related to a volcanic eruption, but it has been picked up by a lot of news sources, so I thought I’d give it a mention. A report from researchers at University of Texas hypothesize that some very large coral boulders (up to 10 meters tall) that can be found on the shores of Tongatapu are, in fact, tsunami deposits. That is news enough, but they go on to say that the tsunami could have been volcanically triggered (i.e., started by an eruption or volcanic landslide). The corals are ~122,000 years old and a soil has formed on the corals, so the event was likely thousands to tens of thousands years ago.

Of course, in most of the articles, there is little to back up the volcano provenance, but I’m sure they have more evident beyond the fact that Tonga lies in a volcanic arc (Tonga Arc to be specific) in the Pacific Ocean. There are likely quite a few volcanically-triggered tsunami deposits worldwide, but there are also many earthquake-triggered ones as well, so it will be interesting to see what evidence they have for the deposit being from a volcanically-triggered event. If it is, it is evidence for a fairly sizeable eruption in the Tonga Arc in the recent past (well, geologically speaking).