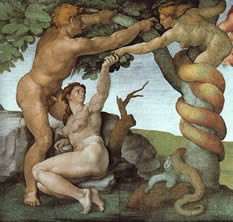 Last week the NSF Science Indicators report was released, triggering more dramatic calls to action and overstated warnings from commentators about the alleged decline of science in American society. This predictable reaction is part of a decades enduring “fall from grace narrative” about the place of science in American society, a distracting if not harmful myth that I discussed in a co-authored article with Dietram Scheufele published earlier this year.

Since Sputnik, each decade has spawned a novel form of this American jeremiad, whether it be the Cold War race against the Russians, alleged American anti-intellectualism; the rise of pseudoscience, the paranormal, and the religious right; the threat of post-modernism and the academic left; the Bush administration’s “war on science”; or contemporary laments over an “unscientific America” or the rise of denialism. Yet as we review in the article, across these decades, though science has not been well understood by the public, it has remained as an institution deeply respected, admired, and valued. While almost every other institution has plummeted in public evaluations, science in American society stands with the Supreme Court and the military in commanding deference and authority.

Each decade’s jeremiad about American science, of course, is distracting and harmful. These narratives often scapegoat and deride social groups such as the religious or over-emphasize the influence of conservatives on climate change, while failing to examine the role, for example, that the liberal movement and environmentalists might play in contributing to political gridlock. Fundamentally, however, the jeremiad places the blame for problems on society, without evaluating the institutional roots of the problem, considering for example that new forms of decision-making and governance and new types of policy regimes might be needed if we are ever to collectively take action on an issue such as climate change.

I have always been curious about why the American science jeremiad has been so enduring and such a powerful lens through which scientists, science organizations, progressives, commentators, and journalists view problems such as climate change. For one, I know that the jeremiad is self-deflecting, placing blame on groups such as climate skeptics, while turning focus away from strategic problems sometimes created by experts and their environmental allies.

But this month’s Atlantic magazine cover story by James Fallows has broadened my perspective on the jeremiad’s source. In his must-read analysis, Fallows takes a critical look at American society in general, describing that not just science, but U.S. societal status has almost always been in a constant state of perceived crisis, ranging from colonial laments over living up to God’s expectations to a Cold War evolution of “falling behind” the Soviet Union and now China and other countries. Yet as Fallows notes, in the views of experts assessing the indicators, American society and culture is doing quite well across a number of dimensions. Here’s what Fallows writes about the “falling behind China” in science jeremiad:

Americans often fret about the troops of engineers and computer scientists marching out of Chinese universities. They should calm down. Each fall, Shanghai’s Jiao Tong University produces a ranking of the world’s universities based mainly on scientific-research papers. All such rankings are imprecise, but the pattern is clear. Of the top 20 on the latest list, 17 are American, the exceptions being Cambridge (No. 4), Oxford (No. 10), and the University of Tokyo (No. 20). Of the top 100 in the world, zero are Chinese.

“On paper, China has the world’s largest higher education system, with a total enrollment of 20 million full-time tertiary students,” Peter Yuan Cai, of the Australian National University in Canberra, wrote last fall. “Yet China still lags behind the West in scientific discovery and technological innovation.” The obstacles for Chinese scholars and universities range from grand national strategy–open economy, closed political and media environment–to the operational traditions of Chinese academia. Students spend years cramming details for memorized tests; the ones who succeed then spend years in thrall to entrenched professors. Shirley Tilghman said the modern American model of advanced research still shows the influence of Vannevar Bush, who directed governmental science projects during and after World War II. “It was his very conscious decision to get money into young scientists’ hands as quickly as possible,” she said. This was in contrast to the European “Herr Professor” model, also prevalent in Asia, in which, she said, for young scientists, the “main opportunity for promotion was waiting for their mentor to die.” Young Chinese, Indians, Brazilians, Dutch know they will have opportunities in American labs and start-ups they could not have at home. This will remain America’s advantage, unless we throw it away.

On science and the American higher educational system, Fallows has this further to observe:

Maybe I was biased in how I listened, but in my interviews, I thought I could tell which Americans had spent significant time outside the country or working on international “competitiveness” issues. If they had, they predictably emphasized those same two elements of long-term American advantage. “My favorite statistic is that one-quarter of the members of the National Academy of Sciences were born abroad,” I was told by Harold Varmus, the president of the Memorial Sloan-Kettering Cancer Center and himself an academy member (and Nobel Prize winner). “We may not be so good on the pipeline of producing new scientists, but the country is still a very effective magnet.”

“We scream about our problems, but as long as we have the immigrants, and the universities, we’ll be fine,” James McGregor, an American businessman and author who has lived in China for years, told me. “I just wish we could put LoJacks on the foreign students to be sure they stay.” While, indeed, the United States benefits most when the best foreign students pursue their careers here, we come out ahead even if they depart, since they take American contacts and styles of thought with them. Shirley Tilghman, a research biologist who is now the president of Princeton, made a similar point more circumspectly. “U.S. higher education has essentially been our innovation engine,” she told me. “I still do not see the overall model for higher education anywhere else that is better than the model we have in the United States, even with all its challenges at the moment.” Laura Tyson, an economist who has been dean of the business schools at UC Berkeley and the University of London, said, “It can’t be a coincidence that so many innovative companies are located where they are”–in California, Boston, and other university centers. “There is not another country’s system that does as well–although others are trying aggressively to catch up.”

So if multiple indicators–from opinion surveys to higher education outputs–depict science as remaining at an admired and healthy status in American status, why can’t we make progress on complex problems such as climate change? For one, as we wrote and others such as Roger Pielke Jr and Daniel Sarewitz have argued, it’s a mistake to narrowly define climate change as a scientific issue and as a matter of scientific expertise driving policy outcomes. Moreover, as we also wrote, scientists and their organizations have almost unequaled communication capital, part of the problem is using that communication capital wisely and effectively to promote greater public engagement.

But perhaps the biggest challenge is what Fallows zeroes in on. Despite the prominence and influence of science in society, we lack the governing mechanisms and policy regimes to enable collective action on systemic threats such as climate change. As Fallows succinctly puts it, the U.S. enjoys “a vital and self-renewing culture that attracts the world’s talent, and a governing system that increasingly looks like a joke.”

While Fallows does an outstanding job of diagnosing the problem, I think he falls a bit short in offering solutions. On science specifically, he points to the idea of re-establishing the Office of Technology Assessment, a favored fix-all promoted by liberal commentators and organizations but one that many experts doubt would significantly alter how Congress and the administration use scientific advice in making policy decisions. [For more, see David Goldston’s past column at Nature.]

Ultimately, however, Fallows article commands a greater focus on governance structures and policy regimes for science related-policy. Society matters and communication is central to both societal relations and policy-making, but until we figure out pathways and forms that re-invent our governing structures–including filibuster and debate rules in the Senate–no amount of scientific expertise and effective engagement will catalyze serious collective action on systemic problems such as climate change.

Richard Gallagher Steps Down as Editor of The Scientist

After nearly 8 years as founding editor of The Scientist magazine, Richard Gallagher is stepping down to pursue new journalistic ventures. Gallagher helmed The Scientist as it grew into one […]